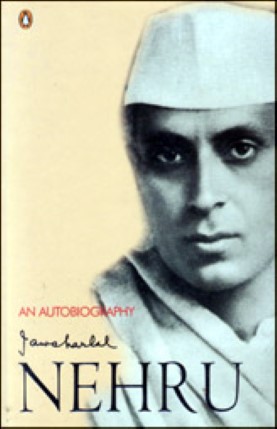 Jawaharlal Nehru, the first Prime Minister of independent India, was a great personality who also wrote a number of inspiring and knowledgeable books. Jawaharlal Nehru: An Autobiography is his autobiographical work which he penned down between the years of 1934 and 1935 while he was in prison. In this book, Nehru explores his ideologies and the events in his life that led him to the situation he was positioned in when he wrote this book.

The practice of civil disobedience that Nehru had taken up, is discussed by him terms of his belief in the movement. The author starts off the book with an introduction to his ancestral history, where he mentions that his predecessors had to run away from Kashmir to settle elsewhere.

Jawaharlal Nehru: An Autobiography also paints a vivid picture of the pre-independence era in India, where the air of dissension was at an all time high. The book depicts the political realisation of an upcoming giant of a nation and the battle for its freedom.

This honestly written book provides its readers with authentic descriptions of prominent freedom fighters such as Mahatma Gandhi. This profound book gives readers an idea about the character of the writer himself. With a true and unceasing love for life and nature, Jawaharlal Nehru has written a thought-provoking book which provides immeasurable moral and ethical scope for its readers.

The new edition of Jawaharlal Nehru: An Autobiography was published in 2004 by Penguin India. It is available in the form of a paperback. 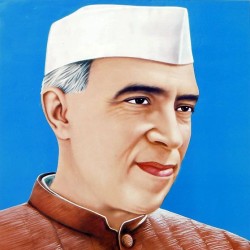 Pt. Jawaharlal Nehru was born in Allabahad on November 14, 1889. He received his early education at home under private tutors. At the age of fifteen, he went to England and after two years at Harrow, joined Cambridge University where he took his tripos in Natural Sciences. He was later called to the Bar from Inner Temple. He returned to India in 1912 and plunged straight into politics. Even as a student, he had been interested in the struggle of all nations who suffered under foreign domination. He took keen interest in the Sinn Fein Movement in Ireland. In India, he was inevitably drawn into the struggle for independence.

In 1912, he attended the Bankipore Congress as a delegate, and became Secretary of the Home Rule League, Allahabad in 1919. In 1916 he had his first meeting with Mahatma Gandhi and felt immensely inspired by him. He organised the first Kisan March in Pratapgarh District of Uttar Pradesh in 1920. He was twice imprisoned in connection with the Non-Cooperation Movement of 1920-22.

Pt. Nehru became the General Secretary of the All India Congress Committee in September 1923. He toured Italy, Switzerland, England, Belgium, Germany and Russia in 1926. In Belgium, he attended the Congress of Oppressed Nationalities in Brussels as an official delegate of the Indian National Congress. He also attended the tenth anniversary celebrations of the October Socialist Revolution in Moscow in 1927. Earlier, in 1926, at the Madras Congress, Nehru had been instrumental in committing the Congress to the goal of Independence. While leading a procession against the Simon commission, he was lathi-charged in Lucknow in 1928. On August 29, 1928 he attended the All-Party Congress and was one of the signatories to the Nehru Report on Indian Constitutional Reform, named after his father Shri Motilal Nehru. The same year, he also founded the ‘Independence for India League’, which advocated complete severance of the British connection with India, and became its General Secretary.

In 1929, Pt. Nehru was elected President of the Lahore Session of the Indian National Congress, where complete independence for the country was adopted as the goal. He was imprisoned several times during 1930-35 in connection with the Salt Satyagraha and other movements launched by the Congress. He completed his ‘Autobiography’ in Almora Jail on February 14, 1935. After release, he flew to Switzerland to see his ailing wife and visited London in February-March, 1936. He also visited Spain in July 1938, when the country was in the throws of Civil War. Just before the court-break of the Second World War, he visited China too.

On October 31, 1940 Pt. Nehru was arrested for offering individual Satyagraha to protest against India’s forced participation in war. He was released along with the other leaders in December 1941. On August 7, 1942 Pt. Nehru moved the historic ‘Quit India’ resolution at the A.I.C.C. session in Bombay. On August 8,1942 he was arrested along with other leaders and taken to Ahmednagar Fort. This was his longest and also his last detention. In all, he suffered imprisonment nine times. After his release in January 1945, he organized legal defence for those officers and men of the INA charged with treason. In March 1946, Pt. Nehru toured South East Asia. He was elected President of the Congress for the fourth time on July 6, 1946 and again for three more terms from 1951 to 1954.