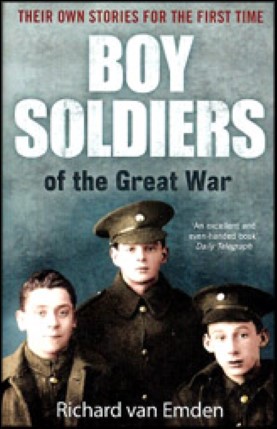 Boy Soldiers Of The Great War.

When war broke out in 1914, no one was more caught up in the popular tide of patriotism than the young boys who wanted to fight for King and country.

This is their untold story - the heroics of boys aged as young as thirteen who enlisted for full combat training. Meet, for example, Dick Trafford who was gassed and wounded three times and went over the top with one ear drum burst by the noise of battle before he was just sixteen.

At the time their stories were buried in censorship and government control. Now, the last survivors, all well over 100 years old, have their chance to hand down their stories of sacrifice and survival. Drawing on these unique testimonies, as well as diaries and letters, Richard van Emden makes this truly insightful investigation into the perennially affecting topic of children and war. 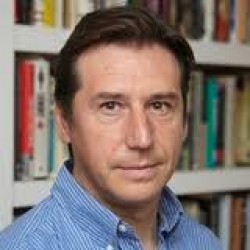 Richard van Emden interviewed 270 veterans of the Great War, has written extensively about the soldiers' lives, and has worked on many television documentaries, always concentrating on the human aspects of war, its challenge and its cost to the millions of men involved. Richard van Emden’s books have sold over 660,000 copies and have appeared in The Times’ bestseller chart on a number of occasions.

He has also worked on more than a dozen television programmes on the Great War, including the award-winning Roses of No Man’s Land, Britain’s Boy Soldiers, A Poem for Harry, War Horse: the Real Story, Teenage Tommies with Fergal Keane and most recently, Hidden Histories: WW1’s Forgotten Photographs. He lives in London.