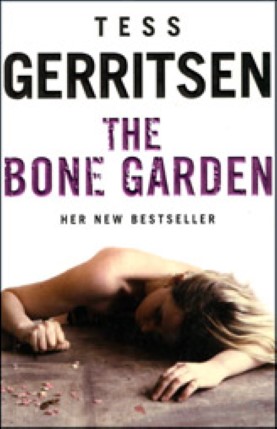 Available
"Unknown bones, untold secrets, and unsolved crimes from the distant past cast ominous shadows on the present in the dazzling new thriller from New York Times bestselling author Tess Gerritsen. Present day: Julia Hamill has made a horrifying discovery on the grounds of her new home in rural Massachusetts: a skull buried in the rocky soilâ€“human, female, and, according to the trained eye of Boston medical examiner Maura Isles, scarred with the unmistakable marks of murder. But whoever this nameless woman was, and whatever befell her, is knowledge lost to another time. . . . Boston, 1830: In order to pay for his education, Norris Marshall, a talented but penniless student at Boston Medical College, has joined the ranks of local â€œresurrectionistsâ€â€“those who plunder graveyards and harvest the dead for sale on the black market. Yet even this ghoulish commerce pales beside the shocking murder of a nurse found mutilated on the university hospital grounds. And when a distinguished doctor meets the same grisly fate, Norris finds that trafficking in the illicit cadaver trade has made him a prime suspect. To prove his innocence, Norris must track down the only witness to have glimpsed the killer: Rose Connolly, a beautiful seamstress from the Boston slums who fears she may be the next victim. Joined by a sardonic, keenly intelligent young man named Oliver Wendell Holmes, Norris and Rose comb the cityâ€“from its grim cemeteries and autopsy suites to its glittering mansions and centers of Brahmin powerâ€“on the trail of a maniacal fiend who lurks where least expected . . . and who waits for his next lethal opportunity. With unflagging suspense and pitch-perfect period detail, The Bone Garden deftly interweaves the thrilling narratives of its nineteenth- and twenty-first century protagonists, tracing the dark mystery at its heart across time and place to a finale as ingeniously conceived as it is shocking. Bold, bloody, and brilliant, this is Tess Gerritsenâ€™s finest achievement to date. ""An old mystery is crossed with a modern story in the latest from Gerritsen (The Mephisto Club, 2006, etc.).Julia Hamill, newly divorced and still smarting, purchases an old house outside Boston. Determined to dig a garden, she instead finds the bones of a long-dead womanâ€“the apparent victim of murderâ€“which starts her on a journey to ferret out the story behind her death. Julia connects with Henry, a no-nonsense 89-year-old with boxes of documents that once belonged to the now-deceased previous owner of Juliaâ€™s home. The two discover a mystery dating back to the 1830s. At the heart of it is a baby named Meggie, born to the beautiful but doomed Irish chambermaid, Aurnia. Married to a man who cares nothing for her, Aurnia lays dying in a maternity ward with her sister, Rose, at her side. Rose, a spirited 17-year-old, takes Meggie to protect her from Aurniaâ€™s husband, but soon finds herself the target of a bizarre manhunt. Someone is after the childâ€“and Rose, as well, because she witnessed a horrifying murder. The body count piles up as Rose struggles to remain free of those who would take Meggie from her. Meanwhile, a young medical student becomes the chief suspect of the West End Reaper killings when he stumbles onto another terrible homicide. Although he fights the prospect, eventually he and Rose join forces to solve the murders and protect the baby at the heart of the mysterious deaths. Readers with delicate stomachs may find Gerritsenâ€™s graphic descriptions of corpse dissection hard to take, but the story, which digs up a dark Boston of times long past, entices readers to keep turning pages long after their bedtimes."" - Kirkus Reviews (starred) " 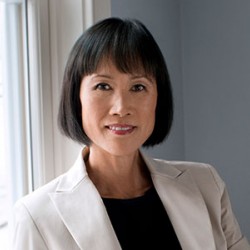 Internationally bestselling author Tess Gerritsen took an unusual route to a writing career. A graduate of Stanford University, Tess went on to medical school at the University of California, San Francisco, where she was awarded her M.D.

While on maternity leave from her work as a physician, she began to write fiction. In 1987, her first novel was published.

Call After Midnight, a romantic thriller, was followed by eight more romantic suspense novels. She also wrote a screenplay, "Adrift", which aired as a 1993 CBS Movie of the Week starring Kate Jackson.

Tess's first medical thriller, Harvest, was released in hardcover in 1996, and it marked her debut on the New York Times bestseller list.

Her books have been translated into 31 languages, and more than 15 million copies have been sold around the world.

As well as being a New York Times bestselling author, she has also been a #1 bestseller in both Germany and the UK.

She has won both the Nero Wolfe Award (for Vanish) and the Rita Award (for The Surgeon.) Critics around the world have praised her novels as "Pulse-pounding fun" (Philadelphia Inquirer), "Scary and brilliant" (Toronto Globe and Mail), and "Polished, riveting prose" (Chicago Tribune).

Publisher Weekly has dubbed her the "medical suspense queen". Now retired from medicine, she writes full time. She lives in Maine.