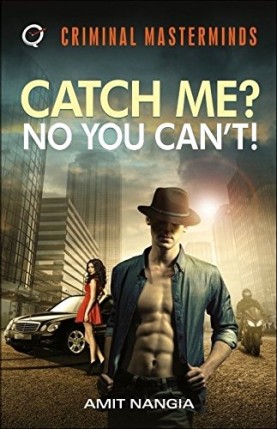 Raja Tiwari is freshly out of jail and not for stealing hearts and killing with his looks. Audacious, handsome and dangerously charming, he is looking for a new job when he meets the suave and beautiful Silky Sinha. To add the cherry on the cake, she takes him home.

Why would a hot girl take an ex-convict, a stranger home?

Wouldn't the story be too simple that way? Enter ex-cop Thakur, unruly and wild. He has a job for Tiwari which would either make him filthy rich or land him behind bars again. His plan leads to a dramatic verdict, unforeseen consequences and a web of lies and deception.

Tiwari always has an angle to everything, but he would need something more to be a step ahead in this game - assuming his own allies don't end up killing him before the police get the chance.

The question is: How far is he willing to go? 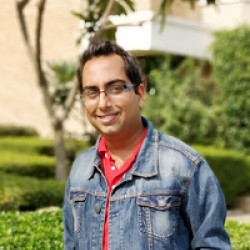 Amit Nangia, who has been working in a brand marketing team in a leading MNC for over13 years, is a traveler by passion and a writer by choice and explores the hidden shades of life through his writing. Climbing the rocks, gliding in a parachute, bungee jumping or making cocktails; nothing could elevate his spirits as much as writing did.

He wrote his first fairy tale at the age of seven. He completed his first book in 2011. After facing numerous rejections for three years, he was left disheartened. It was when one of his friends inspired him to write for a Pan India Short Story Competition which he eventually won, Amit decided to continue his love for writing.