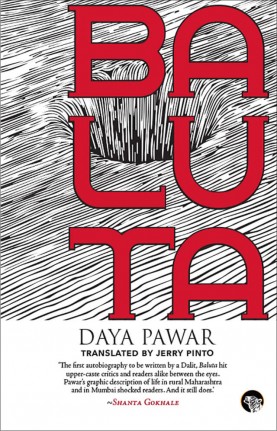 The first Dalit autobiography to be published, Baluta caused a sensation when it first appeared, in Marathi, in 1978. It quickly acquired the status of a classic of modern Indian literature and was also a bestseller in Hindi and other major languages. This is the first time that it has been translated into English.

Set in Mumbai and rural Maharashtra of the 1940s and ’50s, it describes in shocking detail the practice of untouchability and caste violence. But it also speaks of the pride and courage of the Dalit community that often fought back for dignity.

Most unusually, Baluta is also a frank account of the author’s own failings and contradictions—his passions, prejudices and betrayals—as also those of some leading lights of the Dalit movement. In addition, it is a rare record of life in Maharashtra’s villages and in the slums, chawls and gambling dens of Mumbai. 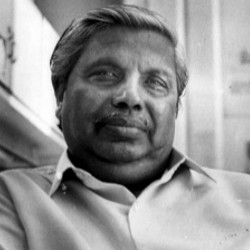 Daya Pawar (1935-1996) was born in Dhamangaon, Maharashtra in 1935. Primarily a poet, he published his first poem in the Dalit literary journal Asmitadarsh in 1967. His first collection of poems, Kondvada, appeared in 1974 and won the Maharashtra Government Award for literature. In 1979, he won the award for the second time for Baluta.

Apart from these, his published works include Chavdi and Dalit Jaanivaa—both collections of his essays on Dalit literature, culture and politics—and Vittal, a book of short stories. He also wrote the screenplay for Jabbar Patel’s film Dr.Ambedkar. He received the Government of India’s Padma Shri Award in 1990.