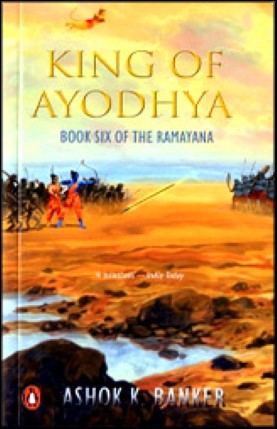 The original Ramayana was written three thousand years ago. Now, with breathtaking imagination and brilliant storytelling, Ashok K. Banker has recreated this epic tale for modern readers everywhere.Rama, soon to be King of Ayodhya, crosses the ocean to wage his war of dharma against the rakshasa forces of the demonlord Ravana. The valiant vanars and bears suffer huge losses when Ravana unleashes his iniquitous sorcery on them, destroying tens of thousands of Rama's loyal soldiers. Despite the formidable odds they fight on even as the warfare spirals into a maelstrom of unimaginable carnage and brutality. And then, Ravana does the unthinkable. Hovering over the battlefield in his flying vehicle he executes Sita in full public view, right before Rama's unbelieving eyes.

Rama's grief and rage know no bounds and on this cataclysmic day he finally draws upon his ultimate reservoir of Brahman shakti. Invoking the all-powerful dev-astras, the Bow of Vishnu and the Arrow of Shiva, he prepares for a reckoning and a victory like no otherAbout The AuthorAshok Banker worked as a successful freelance journalist and columnist for several years, breaking front-page news for publications such as The Times of India, Mumbai, and cover stories for Outlook magazine, New Delhi.Banker is a contemporary Indian novelist often counted among the significant literary names in post-colonial Indian literature.

His work is the focus of several academic studies for its cross-cultural themes and realistic portrayals of Indian urban issues. He was earlier also known as a reviewer and commentator on contemporary Indian literature, and as a candid essayist with a particular focus on media hypocrisy in India, and the western racial bias against South Asian writers. Banker has published in several genres, ranging from contemporary fiction about urban life in India to multi-volume mythological epics, as well as cross-genre works. Three of his early novels to be published were crime thrillers, 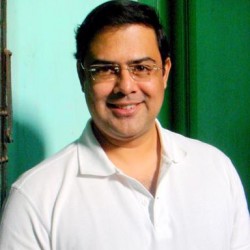 The author of several well-received novels including a trilogy billed as "India's first crime novels in English", he became widely known for his retellings of Indian mythological epics, starting with the internationally acclaimed and best-selling eight-volume Ramayana Series, which has been credited with the resurgence of mythology in Indian publishing.

The New York Times credited him with making mythology the most successful category in Indian publishing, describing his work as being "better written than many books in the genre that have followed – introduced the Ramayana to a new generation of readers." His books have sold over 2 million copies and have been published in 16 languages in 58 countries.

His Epic India Library is an attempt to retell all the myths, legends and Ithaca of the Indian sub-continent in one massive story cycle comprising over 70 volumes, "an epic library of India". He is frequently nominated and shortlisted as one of India's top thinkers and celebrities.

The upcoming two-film adaptation of his Mahabharata is expected to be the biggest Indian film production to date.