A Call To Honour.

'The cautious, tentative India of March 1998 had, by May 2004, become a self-confident, resurgent India. Its voice was being heard again.'

A Call of Honour: In Service of Emergent India is an evocative account about a crucial period in India's history. After the passing of the Nehruvian era of conservative socialism and non-alignment in international relations, India went on to redefine its character and goals in accordance with the demands of a world in the wake of the Cold War.

As Union Minister of Defence, External Affairs and Finance in the BJP-led NDA Government, Jaswant Singh held many keys to the radical transformation in India's foreign policy, defence policies and economic planning between 1998 and 2004. He traces India's newly-acknowledged security needs and the challenges to India's statecraft, the excitement around Pokhran in 1998, his role in the release of the 166 passengers aboard the hijacked IC-814, the Indo-Pak Summit in Agra, the Lahore bus journey and the Kargil war.

The author also examines the period of Independence, the birth of Pakistan and the turmoil and changes that followed thereafter. A fluent narrative that provides an in-depth look at the vital events that changed the way India was viewed by the rest of the world, A Call to Honour traces our country's journey through the eyes of one of her top politicians. 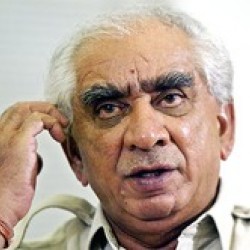 Jaswant Singh is an Indian politician. He belongs to the Bharatiya Janata Party and has held many portfolios in the national cabinet including Finance, External Affairs and Defence during the NDA regime (1998 to 2004). He was also the Leader of Opposition from 2004 to 2009 in the Rajya Sabha and the Deputy Chairman of the Planning Commission of India(1998–99).

Known for his moderate political views, he is a self-described liberal democrat even though the Bharatiya Janata Party is often described as a right-wing nationalist organization. Currently he represents Darjeeling parliamentary constituency in the 15th Lok Sabha.