Home / Books / The Target: The Decimation of Jignesh Shah's Global Empire, How He Broke the Market Monopoly and the Price He Paid 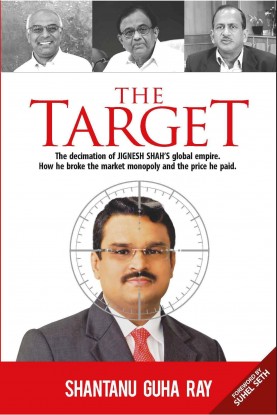 The Target: The Decimation of Jignesh Shah's Global Empire, How He Broke the Market Monopoly and the Price He Paid

THE TARGET: The decimation of JIGNESH SHAH'S global empire. How he broke the market monopoly and the price he paid. If things had gone Jignesh Shah's way, he would have been the Czar of Exchanges, a sterling exponent of Prime Minister Narendra Modi's 'Make in India' programmed.

Shah pioneered creation of 10 new-generation regulated multi asset (equity, commodity, currency, bond & electricity) financial markets just in 10 years across India, Singapore, Dubai, & Africa. No innovator has been credited with such accomplishments across the world. All the markets were No. 1 in India and No. 2 in the world. He was riding a crest from which very few could have toppled him by way of talent and performance.

But he had taken on institutional forces like the National Stock Exchange (NSE) and invisible forces that backed NSE including its political godfather, corporates with vested interest, rich & powerful brokers and FII fronts-known as the famed Malabar Hill Club-by sheer performance to democratize the market prosperity to masses.

First, the Spot Exchange crisis was created and then it was used by this very Club that ganged up with influential politicians and bureaucrats in Lutyens’s Delhi to get Shah arrested in May 2014 on charges that have not yet been proved in Court. Rather, the entire money trail has been established to the 24 defaulting brokers against whom there has been literally no serious action at all as has been done against FTIL and Shah!

In May 2016, it was revealed that brokerages responsible for NSEL payment crisis would come under the scrutiny of market regulator SEBI. A Bombay High Court appointed committee even found brokerages guilty of submitting false PAN card details of clients and trading without their consent.In this book, seasoned journalist Shantanu Guha Ray meticulously probes the motives of those who shunted Shah out of Exchange businesses and what it means for the politico-business climate of India. 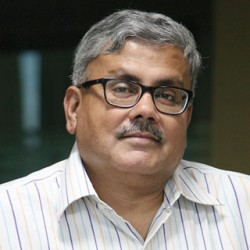 Shantanu Guha Ray is a Wharton-trained, award-winning journalist who has specialized - for over two and a half decades - in reporting on investigative news features, business features and human interest reports.

He scooped the coal scam in 2011 (much before the CAG made the scandal public) and the GMR-led Delhi airport scam the following year.

He also won the Washington Press Club award for his reporting on dangers of asbestos, a global initiative.