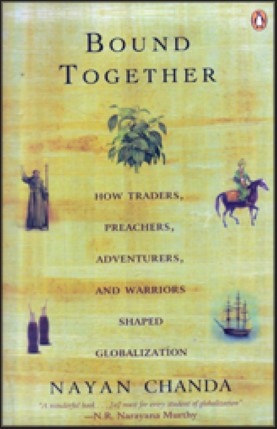 Bound Together - How Traders, Preachers, Adventurers And Warriors Shaped Globalization

Since humans migrated from Africa and dispersed throughout the world, they have found countless ways and reasons to reconnect with each other.

In this entertaining book, Nayan Chanda follows the exploits of traders, preachers, adventurers, and warriors throughout history as they have shaped and reshaped the world. For Chanda, globalization is a process of ever-growing interconnectedness and interdependence that began thousands of years ago and continues to this day with increasing speed and ease.

In the end, globalization—from the lone adventurer carving out a new trade route to the expanding ambitions of great empires—is the product of myriad aspirations and apprehensions that define just about every aspect of our lives: what we eat, wear, ride, or possess is the product of thousands of years of human endeavor and suffering across the globe.

Chanda reviews and illustrates the economic and technological forces at play in globalization today and concludes with a thought-provoking discussion of how we can and should embrace an inevitably global world. 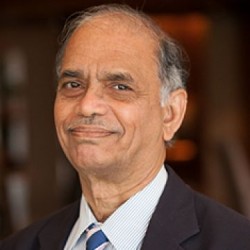 Nayan Chanda is the founding editor-in-chief of YaleGlobal Online published since 2002. Before coming to Yale University in 2001 he was, for nearly thirty years, with the Hong Kong-based magazine the Far Eastern Economic Review as its reporter, diplomatic correspondent and editor. In 1989-90 Chanda was a Senior Fellow at the Carnegie Endowment for International Peace in Washington. From 1990-1992 Chanda was editor of the Asian Wall Street Journal Weekly, published from New York.

He is the author of Bound Together: How Traders, Preachers, Adventurers and Warriors Shaped Globalization and Brother Enemy: the War After the War . He is a regular columnist for the Times of India, BusinessWorld, the Straits Times and the World Post. Nayan Chanda is the winner of the 2005 Shorenstein Award for Journalism.