Home / Books / Selling In A Skirt 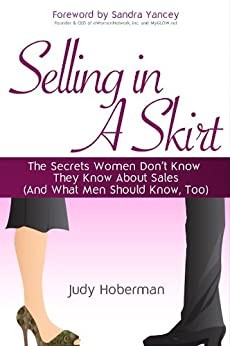 Selling In A Skirt

After nearly 30 years in the sales side of business, Judy hoberman has seen a variety of techniques came and go, delivering Flash without substance and ultimately leaving adopters high and dry. Drawing form her rich experience in the corporate world as an Award winning training director, Judy has taken her career on New path as a successful speaker and consultant, addressing the differences in sales tachinques between men and women's and the advantages of a female-focused approach.

Judy Hoberman, President of Selling In A Skirt has created a suite of workshops, seminars and coaching programs that take the negativity out of selling. Her 30 years in sales has given her both the knowledge and sense of humor about the gender differences that we should all understand and embrace instead of feeling unable to communicate. Judy is the author of Selling In A Skirt and Famous Isn t Enough, business books for Professional Women, Sales Executives and Entrepreneurs. She is the host of a weekly radio show on Tough Talk Radio called Selling In A Skirt and is also featured as The Gender Expert on Fox News Radio. She has appeared on CNN Headlines, ABC, CBS, CW33 and Good Morning Texas and has contributed articles to Small Business Trends, the Dallas Morning News, Dallas Business Journal, Texas CEO Magazine and appeared on the cover of Exceptional People Magazine. '.