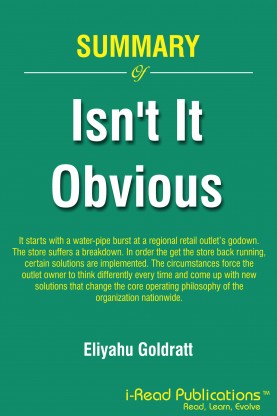 A breakthrough solution is exposed when some unexpected events force Caroline and Paul, a married couple working for their family’s retail business, to make a few small changes in the way things are done. A solution that propels the family’s regional chain of stores into a very profitable, rapidly growing, international enterprise.

If there is a hint of Jonah, from THE GOAL, reappearing in this novel, it is Henry, the soon-to-retire president and majority owner of the company who logically states that, “if you do not deal directly with the core problem, don’t expect significant improvement.”

Eli Goldratt’s Theory of Constraints is woven throughout this book but answers are not handed to you. The reader, along with the characters in the book, work through the process together to discover solutions. This book does for Retailing what Goldratt's international best-seller, "The Goal", did for manufacturing.The elegant but simple solutions give the reader that sensation that followers love about Goldratt: “Ah-ha! Now I get it!” And that’s when Goldratt says: “Isn’t It Obvious?”

1. Five key learnings from the book. 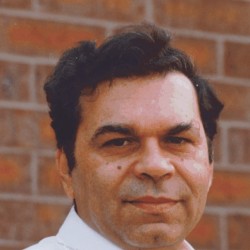 Eliyahu M. Goldratt was an educator, author, physicist, philosopher and business leader, but first and foremost, he was a thinker who provoked others to think. Often characterized as unconventional, stimulating, and “a slayer of sacred cows,” he urged his audience to examine and reassess their business practices with a fresh, new vision.

Dr. Goldratt is best known as the father of the Theory of Constraints (TOC), a process of ongoing improvement that identifies and leverages a system’s constraints in order to achieve the system’s goals. He introduced TOC’s underlying concepts in his business novel, The Goal: A Process of Ongoing Improvement, which has been recognized as one of the best-selling business books of all time. First published in 1984, The Goal has been updated three times and sold more than 7 million copies worldwide. It has been translated into 35 Heralded as a “guru to industry” by Fortune magazine and “a genius” by Business Week, Dr. Goldratt continued to advance the TOC body of knowledge throughout his life, building on the Five Focusing Steps (the process of ongoing improvement, known as POOGI) with TOC-derived tools such as Drum-Buﬀer-Rope, Critical Chain Project Management (CCPM) and the Thinking Processes. He authored ten other TOC-related books, including four business novels: It’s Not Luck (the sequel to The Goal), Critical Chain, Necessary but Not Sufficient and Isn’t It Obvious? His last book, The Choice, was co-authored by his daughter Efrat Ashlang-Goldratt.

Born in Israel on March 31, 1947, Dr. Goldratt earned a Bachelor of Science degree from Tel Aviv University and a Master of Science and Doctor of Philosophy from Bar-Ilan University. He is the founder of TOC for Education, a nonprofit organization dedicated to bringing TOC Thinking and TOC tools to teachers and their students, and Goldratt Consulting. In addition to his pioneering work in business management and education, Dr. Goldratt holds patents in a number of areas ranging from medical devices to drip irrigation to temperature sensors. He died on June 11, 2011, at the age of 64.