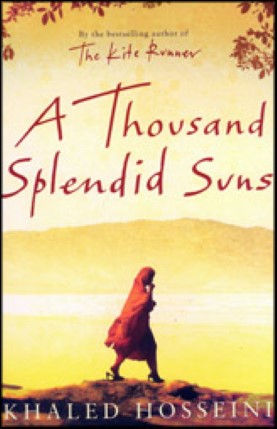 Available
Mariam is only fifteen when she is sent to Kabul to marry the troubled and bitter Rasheed, who is thirty years her senior. Nearly two decades later, in a climate of growing unrest, tragedy strikes fifteen-year-old Laila, who must leave her home and join Mariam's unhappy household. Laila and Mariam are to find consolation in each other, their friendship to grow as deep as the bond between sisters, as strong as the ties between mother and daughter. With the passing of time comes Taliban rule over Afghanistan, the streets of Kabul loud with the sound of gunfire and bombs, life a desperate struggle against starvation, brutality and fear, the women's endurance tested beyond their worst imaginings. Yet love can move a person to act in unexpected ways, lead them to overcome the most daunting obstacles with a startling heroism. In the end it is love that triumphs over death and destruction. A Thousand Splendid Suns is an unforgettable portrait of a wounded country and a deeply moving story of family and friendship. It is a beautiful, heart-wrenching story of an unforgiving time, an unlikely bond and an indestructible love. 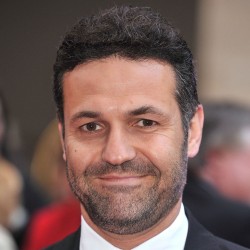 Hosseini was born in Kabul, Afghanistan, in 1965. In 1970 Hosseini and his family moved to Iran where his father worked for the Embassy of Afghanistan in Tehran.

In 1973 Hosseini's family returned to Kabul, and Hosseini's youngest brother was born in July of that year.

In 1976, when Hosseini was 11 years old, Hosseini's father obtained a job in Paris, France, and moved the family there.

They were unable to return to Afghanistan because of the Saur Revolution in which the PDPA communist party seized power through a bloody coup in April 1978.

Instead, a year after the Soviet invasion of Afghanistan, in 1980 they sought political asylum in the United States and made their residence in San Jose, California.

Hosseini graduated from Independence High School in San Jose in 1984 and enrolled at Santa Clara University, where he earned a bachelor's degree in biology in 1988.

The following year, he entered the University of California, San Diego, School of Medicine, where he earned his M.D. in 1993.

He completed his residency in internal medicine at Cedars-Sinai Medical Center in Los Angeles in 1996. He practiced medicine for over ten years, until a year and a half after the release of The Kite Runner.

Hosseini is currently a Goodwill Envoy for the United Nations High Commissioner for Refugees (UNHCR). He has been working to provide humanitarian assistance in Afghanistan through the Khaled Hosseini Foundation.

The concept for the foundation was inspired by the trip to Afghanistan that Hosseini made in 2007 with UNHCR. He lives in Northern California with his wife, Roya, and their two children (Harris and Farah).