Home / Books / Stars From Another Sky 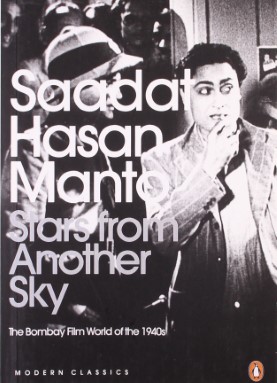 Stars From Another Sky

Unforgettable reminiscences about the eccentric, glamorous, yet angst-ridden Hindi film world of the 1940s. Saadat Hasan Manto, one of the greatest short story writers of the Urdu language, was also a film journalist and story-writer for the Hindi film industry in Bombay.

As an insider he was privy to the most private moments of the men and women who have dazzled generations of audiences. In this series of sketches, Ashok Kumar, the screen idol of yore, emerges as a shy, yet brilliant actor, forever looking to flee the eager advances of his female fans; Nargis comes across as just another young girl looking for companionship among her peers before she steps on the ladder that will forever take her away from the comforts of an ordinary middle-class life; and Shyam—the dashing, handsome hero—is portrayed as a straightforward, flirtatious young man pining for the woman he loves.

Manto also describes in detail the obsessions of Sitara Devi; the unfulfilled desires of Paro Devi; and the intriguing twists and turns which transform Neena Devi from an ordinary housewife into a pawn in the hands of film companies. He writes with relish about the bunglings of the comedian V.H. Desai and the incredible dedication of Nawab Kaashmiri to the art of acting. There are also stories about the rise of Nur Jehan as the greatest singer of her times; and the various peccadilloes of the musician, Rafiq Ghaznavi. With subjects ranging from film journalism to the sexual eccentricities of these stars, Manto brings to life a generation with his characteristic verve and honesty. 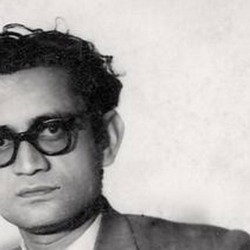 His best short stories are held in high esteem by writers and critics. Manto was known to write about the hard truths of society that no one dared to talk about. He is best known for his stories about the partition of India, which he opposed, immediately following independence in 1947.

Manto was tried for obscenity six times; thrice before 1947 in British India, and thrice after independence in 1947 in Pakistan, but never convicted.