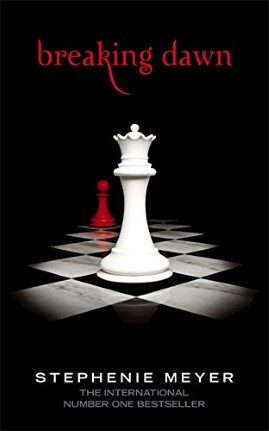 Available
"When you loved the one who was killing you, it left you no options. How could you run, how could you fight, when doing so would hurt that beloved one? If your life was all you had to give, how could you not give it? If it was someone you truly loved? To be irrevocably in love with a vampire is both fantasy and nightmare woven into a dangerously heightened reality for Bella Swan. Pulled in one direction by her intense passion for Edward Cullen, and in another by her profound connection to werewolf Jacob Black, a tumultuous year of temptation, loss, and strife have led her to the ultimate turning point. Her imminent choice to either join the dark but seductive world of immortals or to pursue a fully human life has become the thread from which the fates of two tribes hangs. Now that Bella has made her decision, a startling chain of unprecedented events is about to unfold with potentially devastating, and unfathomable, consequences. Just when the frayed strands of Bella's life-first discovered in Twilight, then scattered and torn in New Moon and Eclipse-seem ready to heal and knit together, could they be destroyed... forever? The astonishing, breathlessly anticipated conclusion to the Twilight Saga, Breaking Dawn illuminates the secrets and mysteries of this spellbinding romantic epic that has entranced millions. " 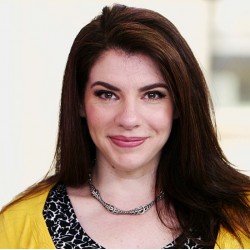 I was born in Connecticut in 1973, during a brief blip in my family's otherwise western U.S. existence. We were settled in Phoenix by the time I was four, and I think of myself as a native.

The unusual spelling of my name was a gift from my father, Stephen (+ i.e. = me). Though I have had my name spelled wrong on pretty much everything my entire life long, I must admit that it makes it easier to Google myself now.

I filled the "Jan Brady" spot in my family--the second of three girls; however, unlike the Brady’s, none of my three brothers are steps, and all of them are younger than all the girls.

I went to high school in Scottsdale, Arizona, the kind of place where every fall a few girls would come back to school with new noses and there were Porsches in the student lot.

(For the record, I have my original nose and never had a car until I was in my twenties.) I was awarded a National Merit Scholarship, and I used it to pay my way to Brigham Young University, in Provo, Utah.

I majored in English but concentrated on literature rather than creative writing, mostly because I didn't consider reading books "work.

" (As long as I was going to be doing something anyway, I might as well get course credit for it, right?)

I met my husband, Poncho (his real name is Christiaan), when I was four, but we were never anywhere close to being childhood sweethearts;

in fact, though we saw each other at least weekly through church activities, I can't recall a single instance when we so much as greeted each other with a friendly wave, let alone exchanged actual words.

This may have been for the best, because when we did eventually get around to exchanging words, sixteen years after our first meeting, it only took nine months from the first "hello" to the wedding; of course, we were able to skip over a lot of the getting-to-know you parts.

(Many of our conversations would go something like this: "This one time, when I was ten, I broke my hand at a party when--" "Yeah. I know what happened.

I was there, remember?") We've been married for ten-and-a-half years now and have three beautiful, brilliant, wonderful boys who often remind me of chimpanzees on crack.

I can't write without music, and my biggest muse is, ironically enough, the band Muse. My other favorite sources of inspiration are Linking Park, My Chemical Romance, Coldplay,

The All American Rejects, Travis, The Strokes, Brand New, U2, Kasabian, Jimmy Eat World, and Weser, to mention a few.