Home / Books / Empire Of The Moghul Raiders From The North 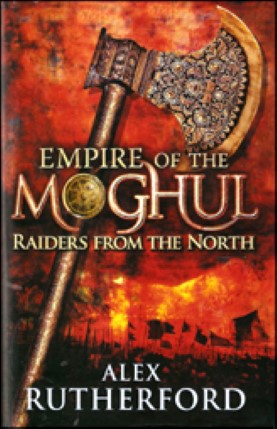 Empire Of The Moghul Raiders From The North

The epic story of the rise and fall of one of the most powerful and opulent dynasties in history. It is 1494 when the ruler of Ferghana dies in an extraordinary accident. His only son, twelve-year-old Babur, faces a seemingly impossible challenge. Young Babur is determined to live up to the example of his great ancestor, Tamburlaine -- Timur the Warrior -- whose conquests transformed the face of the earth from Delhi to the Mediterranean, from wealthy Persia to the wildernesses along the Volga.But he is dangerously young to inherit a kingdom.

Before Babur can summon enough warlords to declare him the rightful king of Ferghana, plots against his crown, even his life, are hatching. And soon, as his obsession with Timur`s legacy and the fabled city of Samarkand grows, and Babur becomes a man, he will discover that even the bravest and most fearless leader can be betrayed. With the wisest of advisers and most courageous of warriors by his side, Babur can achieve a great destiny and found an empire in India, but every step of his journey will be fraught with danger, in a world of tribal rivalries, rampaging armies and ruthlessly ambitious enemies 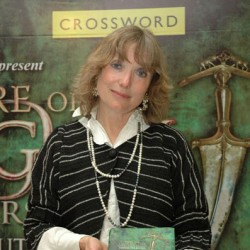 Alex Rutherford is the pen name of Diana Preston and her husband Michael. Both studied at Oxford University reading History and English respectively. They are keen travelers and have now clocked up visits to over 140 of the world's countries.

Says Diana 'our greatest love is India where we've spent at least a year of our lives. Our research into the building of the Taj Mahal for our non-fiction book 'A Teardrop on the Cheek of Time', led us to explore the early history of the dynasty which built the Taj – the Moghuls.

To help us get inside the heads of the founders of the Moghul dynasty for our fiction quintet 'Empire of the Moghul', we've read all the chronicles of the time.

home to the first Moghul emperor, the boy-king Babur – to Iran and to the blue domes and minarets of Samarkand in Uzbekistan, across the red deserts to the Oxus River, over the Hindu Kush to Kabul and Afghanistan and down through the Khyber Pass to the plains of northern India.

'In fact, apart from on one occasion when we were stranded on a remote island off the coast of Borneo and forced to hide from pirates, some of our hairiest moments when travelling have been when researching our non-fiction books.

While working on our book about Captain Scott and the race for the South Pole, 'A First Rate Tragedy', the Russian research vessel on which we were sailing into Antarctica's Ross Sea was nearly lost in one of the worst storms in Antarctic history with 140 knot winds (over 240 kilometers per hour) and 20 meter high waves.

The life rafts washed overboard and the superstructure iced up like the inside of an old fridge, putting us in danger of capsizing. On another occasion while researching our book on one of our favorite characters the buccaneer-naturalist William Dampier, 'A Pirate of Exquisite Mind', we set out in his footsteps to cross the Darien Isthmus in Panama with local Indian guides.

We had to dodge FARC guerrillas, Colombian paramilitaries and the deadly far de lance snake, in the latter case wading waist high in rivers – our guide claimed snakes can't bite and swim at the same time!'