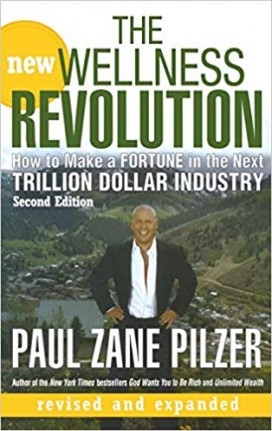 How to make a fortune in the next big boom industry

The paperback edition of this revolutionary business book, by bestselling author Paul Pilzer, shows wellness professionals and entrepreneurs how to get in on the ground floor of the booming wellness industry. A legendary entrepreneur and speaker, Pilzer predicts that within the next decade money spent on disease prevention will surpass that spent on disease treatment–and he shows readers how to stake their claim while there′s still time.

The Wellness Revolution is a step–by–step plan for getting rich that will help entrepreneurs figure out where they fit in the industry, learn how to control demand, and how to get started. This insightful and well–reasoned book shows how to take advantage of the wellness boom, but its lessons can be applied to any new market.

Paul Zane Pilzer (Park City, UT) is a world–renowned economist, a multimillionaire software entrepreneur, a part–time rabbi, a college professor, and a bestselling author. As an entrepreneur, Pilzer earned his first $10 million before the age of thirty. A former commentator on National Public Radio and CNN, Pilzer has been a guest on Larry King Live! three times, and he has been on the cover of several national magazines. He speaks to nearly 500,000 people a year, and more than 10,000,000 video and audio copies of his speeches have been sold. 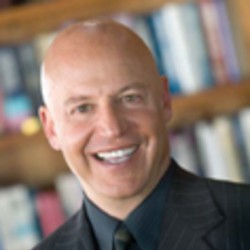 Paul Zane Pelzer Paul Zane Pelzer is a world-renowned economist, a social entrepreneur, an adjunct professor, and the author of nine best-selling books and dozens of scholarly publications.Pilzer completed Lehigh University (1974) in three years and received his MBA from Wharton (1976) in 15 months at age 22.

He became Citibank's youngest officer at age 22 and its youngest vice president at age 25. At age 24, he was appointed adjunct professor at New York University, where he taught for 21 consecutive years. Over the past 30 years, Pelzer has started and/or taken public, five companies in the areas of software, education and healthcare.

In healthcare, he is the Founder of Zane Benefits, Inc. (2006) and Extend Health, Inc. (1999), the two leading U.S. suppliers of personalized health benefits to corporate America including Wal-Mart's Sam's Club. In education, he is the Founder of Zane Publishing (1989) and The American Academy (2005), two pioneering companies in electronic and online education that continue to make significant contributions to high school education worldwide.