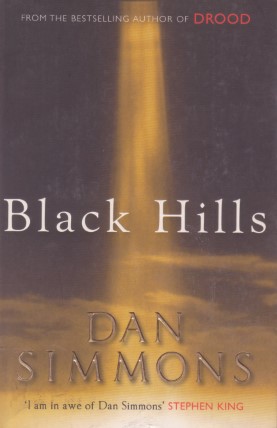 Available
Paha Sapa, â€œBlack Hills,â€ is a Red Indian shaman who as a young boy at the Battle of Little Bighorn takes the ghost of the dying General Custer into his own body. Sixty years later as an old man working as a dynamiter on Mount Rushmore, he plots to blow it up. Meanwhile, Custer finds himself trapped in a strange, dark place and begins to write sensuous, heartbreaking missives to his beloved wife. Thus begins an intricate narrative that sweeps across decades of American history, building up a portrait of one country's relentless expansion and what was lost and destroyed in its path. Black Hills is historical fiction with Dan Simmons' trademark twist. He weaves in real places, events and people with his own uniquely weird take on reality to create a portrait of a world that is hilarious and tragic, spiritual and disturbing. 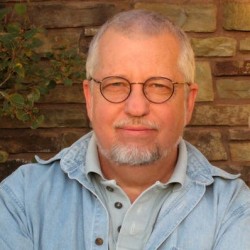 Dan Simmons was born in Peoria, Illinois, in 1948, and grew up in various cities and small towns in the Midwest, including Brimfield, Illinois, which was the source of his fictional "Elm Haven" in 1991's SUMMER OF NIGHT and 2002's A WINTER HAUNTING.

Dan received a B.A. in English from Wabash College in 1970, winning a national Phi Beta Kappa Award during his senior year for excellence in fiction, journalism and art.

Dan received his Masters in Education from Washington University in St. Louis in 1971. He then worked in elementary education for 18 years -- 2 years in Missouri, 2 years in Buffalo, New York –

one year as a specially trained BOCES "resource teacher" and another as a sixth-grade teacher -- and 14 years in Colorado.

His last four years in teaching were spent creating, coordinating, and teaching in APEX, an extensive gifted/talented program serving 19 elementary schools and some 15,000 potential students.

During his years of teaching, he won awards from the Colorado Education Association and was a finalist for the Colorado Teacher of the Year.

He also worked as a national language-arts consultant, sharing his own "Writing Well" curriculum which he had created for his own classroom.

Whenever someone says "writing can't be taught," Dan begs to differ and has the track record to prove it.

Since becoming a full-time writer, Dan likes to visit college writing classes, has taught in New Hampshire's Odyssey writing program for adults, and is considering hosting his own Wind walker Writers' Workshop.

Dan's first published story appeared on Feb. 15, 1982, the day his daughter, Jane Kathryn, was born. He's always attributed that coincidence to "helping in keeping things in perspective when it comes to the relative importance of writing and life."

Dan has been a full-time writer since 1987 and lives along the Front Range of Colorado -- in the same town where he taught for 14 years -- with his wife, Karen.

He sometimes writes at Wind walker -- their mountain property and cabin at 8,400 feet of altitude at the base of the Continental Divide, just south of Rocky Mountain National Park.

An 8-ft.-tall sculpture of the Shrike -- a horned and frightening character from the four Hyperion/Endymion novels -- was sculpted by an ex-student and friend, Cleo Richelson, and the sculpture now stands guard near the isolated cabin.

Dan is one of the few novelists whose work spans the genres of fantasy, science fiction, horror, suspense, historical fiction, noir crime fiction, and mainstream literary fiction . His books are published in 27 foreign counties as well as the U.S. and Canada.

Many of Dan's books and stories have been optioned for film, including SONG OF KALI, DROOD, THE CROOK FACTORY, and others.

Some, such as the four HYPERION novels and single Hyperion-universe novella "Orphans of the Helix", and CARRION COMFORT have been purchased (the Hyperion books by Warner Brothers and Graham King Films, CARRION COMFORT by European filmmaker Caste Gavril’s company) and are in pre-production.

Director Scott Derrick son ("The Day the Earth Stood Stood Still") has been announced as the director for the Hyperion movie and Caste Gavril’s son has been put at the helm of the French production of Carrion Comfort.

Current discussions for other possible options include THE TERROR. Dan's hardboiled Joe Kurtz novels are currently being looked as the basis for a possible cable TV series.

In 1995, Dan's alma mater, Wabash College, awarded him an honorary doctorate for his contributions in education and writing.