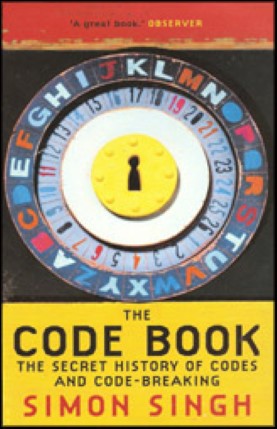 The Science of Secrecy from Ancient Egypt to Quantum Cryptography

From the best-selling author of Fermat’s Last Theorem, The Code Book is a history of man’s urge to uncover the secrets of codes, from Egyptian puzzles to modern day computer encryptions.

As in Fermat’s Last Theorem, Simon Singh brings life to an anstonishing story of puzzles, codes, languages and riddles that reveals man’s continual pursuit to disguise and uncover, and to work out the secret languages of others.

Codes have influenced events throughout history, both in the stories of those who make them and those who break them. The betrayal of Mary Queen of Scots and the cracking of the enigma code that helped the Allies in World War II are major episodes in a continuing history of cryptography

In addition to stories of intrigue and warfare, Simon Singh also investigates other codes, the unravelling of genes and the rediscovery of ancient languages and most tantalisingly, the Beale ciphers, an unbroken code that could hold the key to a $20 million treasure. 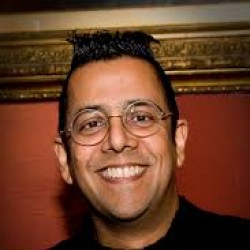 Simon Singh is an author, science journalist and TV producer.

Having completed his PhD at Cambridge he worked from 1991 to 1997 at the BBC producing Tomorrow's World and co-directing the BAFTA award-winning documentary Fermat's Last Theorem for the Horizon series. In 1997, he published Fermat's Last Theorem, which was a best-seller in Britain and translated into 22 languages.