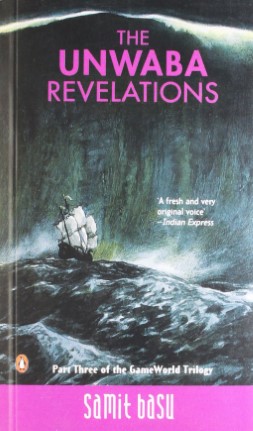 Available
Under the all-seeing eyes of the assembled gods, armies are on the move. The Game has begun. And when it ends, the world will end too . . . In The Unwaba Revelations, the third and concluding part of the GameWorld trilogy, a way must be found to save the world; to defeat the gods at their own game. A daunting prospect under any circumstances, made worse by the fact that the gods, who control all the heroes, are blatantly cheating by following only one ruleâ€”that they cannot be defeated by their own creations. As epic battles ravage the earth, Kirin and Maya, guided only by an old, eccentric and extremely unreliable chameleon, and egged on by the usual rag-tag gang, carry out their secret plan; a plan so secret that, in fact, no one involved has any idea what they are doing! Monsters, mayhem, mud-swamps; conspiracies, catastrophes, chimeras; betrayals, buccaneers, bloodshedâ€”The Unwaba Revelations continues the roller coaster journey that began with The Simoqin Prophecies and gathered momentum with The Manticoreâ€™s Secret. Traversing earth, sea and sky, realms both infernal and celestial, worlds both imagined and material, this book will draw you irresistibly into a tantalizing, action-packed, epic race to reclaim the flawed, magical world of its heroes. â€˜A fresh and very original voiceâ€™ â€”Indian Express Praise for The Simoqin Prophecies and The Manticoreâ€™s Secret â€˜Simoqin is a romp. It is quite simply the most fun book to see in print this yearâ€™ â€”The Times of India â€˜Basu sprinkles [The Manticoreâ€™s Secret] with sass and spice, telling the tale from different points of view and in different voicesâ€”moving between each with ease and a sense of humour that is infectious DNA 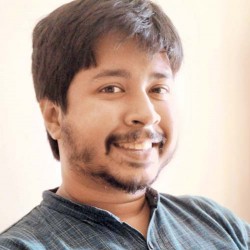 Samit Basu is an Indian novelist, film director and screenwriter.

Samit's most recent novel, Chosen Spirits, an anti-dystopian novel set in Delhi in the late 2020s, was shortlisted for the JCB Prize, India's biggest literary award. It will be published as The City Inside by Tordotcom in the US in 2022.

In books, Samit is best known for his fantasy and science fiction work. His first novel, The Simoqin Prophecies, published by Penguin India in 2003, when Samit was 23, was the first book in the bestselling Gameworld Trilogy and marked the beginning of Indian English fantasy writing. The other books in the trilogy are The Manticore’s Secret and The Unwaba Revelations.

Samit also works as a screenwriter and director. His debut film, House Arrest, was released as part of Netflix’s International Originals in 2019, and was one of Netflix’s top 5 most viewed Indian films that year. He wrote the film and co-directed it with Shashanka Ghosh.

Samit’s work in comics ranges from historical romance to zombie comedy, and includes diverse collaborators, from Girl With All The Gifts/X-Men writer MR Carey to Terry Gilliam and Duran Duran.

Samit was born in Calcutta, educated in Calcutta and London, and currently works between Delhi and Mumbai. He runs a newsletter, Duck of Dystopia (samit.substack.com) and can be found on social media at @samitbasu, and at samitbasu.com