Home / Books / La Seduction: How the French Play the Game of Life 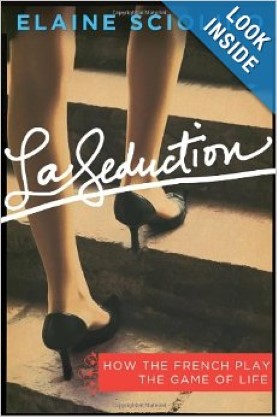 La Seduction: How the French Play the Game of Life

The hidden truth about the French way of life: it's all about seduction—its rules, its pleasures, its secrets

France is a seductive country, seductive in its elegance, its beauty, its sensual pleasures, and its joie de vivre. But Elaine Sciolino, the longtime Paris bureau chief of The New York Times, has discovered that seduction is much more than a game to the French: it is the key to understanding France.

Seduction plays a crucial role in how the French relate to one another—not just in romantic relationships but also in how they conduct business, enjoy food and drink, define style, engage in intellectual debate, elect politicians, and project power around the world.

While sexual repartee and conquest remain at the heart of seduction, for the French seduction has become a philosophy of life, even an ideology, that can confuse outsiders.

In La Seduction, Sciolino gives us an inside view of how seduction works in all areas, analyzing its limits as well as its power. She demystifies the French way of life in an entertaining and personal narrative that carries us from the neighborhood shops of Paris to the halls of government, from the gardens of Versailles to the agricultural heartland.

La Seduction will charm you and encourage you to lower your defenses about the French. Pull up a chair and let Elaine Sciolino seduce you. 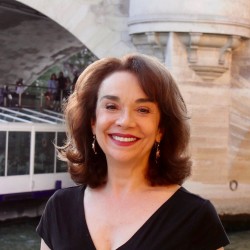 Her new book, The Seine: The River That Made Paris, will be published by W.W. Norton & Company on November 5, 2019.

Lauren Collins, Paris staff writer for The New Yorker, calls the book “a soulful, transformative voyage along the body of water that defines the City of Light. Elaine Sciolino is the perfect guide to the world's most romantic river.”

Her previous book, The Only Street in Paris: Life on the Rue des Martyrs, published by W.W. Norton & Company in 2015, was a New York Times best seller. The Wall Street Journal called the book “a sublime stroll…elegiac;” The New York Times wrote that “she has Paris at her feet;” the Chicago Tribune called her “a storyteller at heart.”

Her second book on life in France, The Only Street in Paris: Life on the Rue des Martyrs, released in November 2015, is a New York Times bestseller and in its fourth printing. The New York Times wrote that “Sciolino … has Paris at her feet.” The Wall Street Journal praised it as “a sublime stroll…elegiac.” The Washington Post called the book a “love letter with such ingenuous passion it’s hard not to cheer up;” it was also chosen as a Washington Post Book Club selection.

In 2010, she was decorated a chevalier of the Legion of Honor, the highest honor of the French state, for her “special contribution” to the friendship between France and the United States.

In 2019, Sciolino became a member of the Advisory Board of Reporters Without Borders, the Paris-based international advocacy organization promoting freedom of information and freedom

of the press. In 2018, she received an honorary Doctor of Literature degree from the University of London.

Sciolino's book, La Seduction: How the French Play the Game of Life, was published by Henry Holt/Times Books in 2011. The book was named one of the best books of 2011 by The New York Times T Magazine. La séduction, comment les Français jouent au jeu de la vie, the French edition, was published by Presses de la Cité in 2012.

Her book, Persian Mirrors: The Elusive Face of Iran, was first published by The Free Press in 2000 and updated in a new edition in 2005. During the Persian Mirrors project, she was a Senior Fellow at the United States Institute of Peace, a Public Policy Scholar at the Woodrow Wilson International Center for Scholars and the winner of a writing fellowship from the Open Society Institute.

Persian Mirrors was awarded the 2001 New York Public Library Helen Bernstein Book Award for Excellence in Journalism and the Overseas Press Club Cornelius Ryan Citation for nonfiction. It was also a History Book Club selection and a New York Times Notable Book for 2000. In 2001, Sciolino was honored by Columbia University’s Encyclopedia Iranica project “for presenting the best of Iran to the world” and elected to the Executive Council of the Society for Iranian Studies that year.