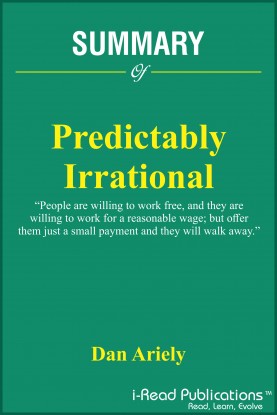 Why do smart people make irrational decisions every day? The answers will surprise you. Predictably Irrational is an intriguing, witty and utterly original look at why we all make illogical decisions. Why can a 50p aspirin do what a 5p aspirin can't? If an item is "free" it must be a bargain, right? Why is everything relative, even when it shouldn't be? How do our expectations influence our actual opinions and decisions?

In this astounding book, behavioural economist Dan Ariely cuts to the heart of our strange behaviour, demonstrating how irrationality often supplants rational thought and that the reason for this is embedded in the very structure of our minds. Predicatably Irrational brilliantly blends everyday experiences with a series of illuminating and often surprising experiments, that will change your understanding of human behaviour.

And, by recognising these patterns, Ariely shows that we can make better decisions in business, in matters of collective welfare, and in our everyday lives from drinking coffee to losing weight, buying a car to choosing a romantic partner.

1. The concept of relativity and how it affects our decision.

2. The concept of “Arbitrary Coherence” - how pricing of items and willingness to pay for it is determined.

3. How “FREE!” items are the ultimate choice. 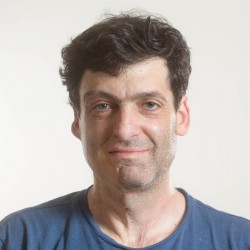 Dan Ariely grew up in Israel after birth in New York. He served in the Israeli army and when 18 suffered third-degree burns over 70 percent of his body from an accidental magnesium flare explosion during training.

Ariely recovered and went on to graduate from Tel Aviv University and received a Ph.D. and M.A. in cognitive psychology from the University of North Carolina at Chapel Hill, and a Ph.D. in business from Duke University. His research focuses on discovering and measuring how people make decisions. He models the human decision making process and in particular the irrational decisions that we all make every day.

Ariely is the author of the book, Predictably Irrational: The Hidden Forces That Shape Our Decisions, which was published on February 19, 2008 by HarperCollins. When asked whether reading Predictably Irrational and understanding one's irrational behaviors could make a person's life worse (such as by defeating the benefits of a placebo), Ariely responded that there could be a short term cost, but that there would also likely be longterm benefits, and that reading his book would not make a person worse off.