Home / Books / The 12 Commandments of Being a Woman 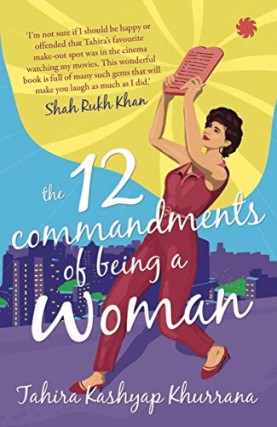 The 12 Commandments of Being a Woman

In this funny, wise and outrageously frank book, Tahira Kashyap Khurrana talks of lying in school about getting her periods, falling in love at eighteen with her future husband, her obsession with having a triple D bra cup, going on the world’s craziest diets and accidentally getting pregnant because of a Chinese meal. And in doing so, she touches every woman’s secret heart . . . 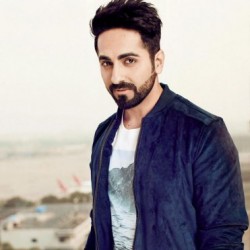 Ayushmann Khurrana (born Nishant Khurrana on 14 September 1984) is an Indian actor, singer, and television host. Known for his portrayals of ordinary men often plagued with dysfunction, he is the recipient of several awards, including a National Film Award and three Filmfare Awards, and has appeared in Forbes India's Celebrity 100 list of 2013 and 2019.

Khurrana won the second season of reality television show MTV Roadies in 2004 and ventured into an anchoring career. He made his film debut in 2012 with the romantic comedy Vicky Donor, in which his performance as a sperm donor earned him the Filmfare Award for Best Male Debut. Following a brief setback, he starred in the commercially and critically successful romance Dum Laga Ke Haisha (2015). Khurrana went on to establish himself with the comedies Bareilly Ki Barfi (2017), Shubh Mangal Saavdhan (2017), Badhaai Ho (2018), Dream Girl (2019), and Bala (2019); the thriller Andhadhun (2018); and the crime drama Article 15 (2019).