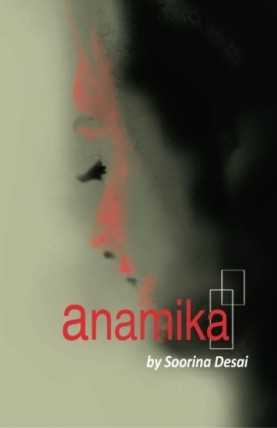 "Life perhaps has no story to tell. This book is about birth, a search for an identity, intense emotion, illusion, disillusion, acceptence, death and a personal definition of eternity. All pieced together for us to look back and see that we managed because we survived from moment to moment. Even an ordinary life has one extraordinary chapter of love in it.

This is Anamika's tale of a pure but forbidden love, set in newly independent India, an era when romance had a different meaning and the language of romance had a different allure. Perhaps the content of this book is for everybody who has been ruled by the heart, lost a lover without loosing love, asked questions to God but found answers within, and embraced life knowing it can be enjoyed only in small doses.

It is about finding peace through simple things, glimpsing heaven in a beloved pair of eyes, of recognizing blessings through a child's laugh and living through the undulating journey of pleasure and pain with endless gratitude for having experienced life." 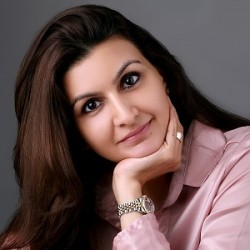 Soorina Desai was born and brought up in Mumbai, India. She completed her graduation at the University of Mumbai in English Literature and History. Her maiden novel Anamika was written in the year 2005. It was a story of forbidden love set in the post independence era and was long-listed for the Crossword book awards in the year 2006.

The book was reviewed and appreciated in several reputed publications such as the Times of India, the Afternoon, Mumbai Metro, the Week, and the Free Press Journal, among others. Her second novel, Barefoot to Paradise, about a struggling painter was published by Macmillan in 2010. In the course of writing this book she interacted with many well known international editors such as Catherine Knepper, Miriam Tager, Sarah Cypher and Marion Urch.

Blame It on Destiny, Soorina s third, is a novel that questions the power of human actions over a mystical force that is believed to control one s destiny. It is a story of five strangers connected to one another without the knowledge of the impact they have on each other s lives. Soorina is currently working on her fourth, as yet untitled novel. Soorina has written several poems and articles, many of which have been nominated for awards by the International Library of Poetry, International Society of Poets, etc.

A number of her poems have appeared in their publications as well. The poems have also been put up on Indian as well as International websites. She won an award for an article in Femina magazine in the year 2000 and has also written a short story for the same magazine, published (in two parts) in the year 2010.