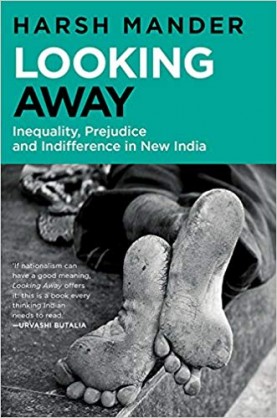 In the two decades since the early 1990s, when India confirmed its allegiance to the Free Market, more of its citizens have become marginalized than ever before and society has become more sharply riven than ever. In Looking Away, Harsh Mender ranges wide to record and analyses the many different fault lines which crisscross Indian society today.

There is increasing prosperity among the middle classes but also a corresponding intolerance for the less fortunate. Poverty and homelessness are also on the rise -both in urban and rural settings - but not only has the state abandoned its responsibility to provide for those afflicted, the middle class, too, now avoids even the basic impulses of sharing.

And with the sharp Rightward turn in politics, minority communities are under serious threat -their very status as citizens in question -as a belligerent, monolithic idea of the nation takes the place of an inclusive, tolerant one.

However, as Harsh Mender points out, what most stains society today is the erosion in the imperative for sympathy, both at the state and individual levels, a crumbling that is principally at the base of the vast inequities which afflict India.

Exhaustive in its scope, impassioned in its arguments and rigorous in its scholarship, Looking Away is a sobering checklist of all the things we must collectively get right if India is to become the country that was promised, in equal measure, to all its citizens. 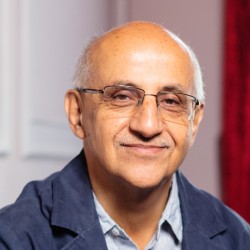 "Harsh Mander, fifty-five, social worker and writer, is a member of the National Advisory Council. He is also the founder of the campaigns Aman Baradari, for secularism, peace and justice; Navagraha, for legal justice and reconciliation for the survivors of communal violence; and Dill Se, for street children and homeless people.

He is special commissioner to the Supreme Court of India in the Right to Food case, and director, Centre for Equity Studies.

For almost two decades he worked in the Indian Administrative Service in Madhya Pradesh and Chhattisgarh.

He is also associated with causes like tribal, Dalit and disability rights, the right to information, custodial justice and bonded labor.

He writes columns for The Hindu and Hindustan Times, and is the author of Unheard Voices: Stories of Forgotten Lives and Fear and Forgiveness: The Aftermath of Massacre published by Penguin India.

Other books include The Ripped Chest: Public Policy and Poor in India and his co-authored Untouchability in Rural India.

LBS National Academy of Administration, Mussoorie; and the Nelson Mandela Centre for Peace and Conflict Resolution, Jamia Millie Islamia, Delhi, among others. He lives in Delhi with his wife and daughter."