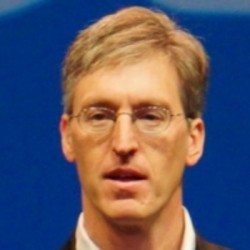 Steven D. Levitt is the William B. Ogden Distinguished Service Professor of Economics at the University of Chicago, where he directs the Becker Center on Chicago Price Theory. He is the 2003 John Bates Clark Medal winner, an award that recognizes the most outstanding economist in America under the age of 40.

In 2006, he was named one of Time magazine’s 100 People Who Shape Our World. Levitt received his B.A. from Harvard University in 1989, his Ph.D. from M.I.T. in 1994, and has taught at Chicago since 1997. In addition to his academic and Freakonomics pursuits, he is a founding partner of TGG Group consulting firm. He lives in Chicago with his wife Jeannette and their four children.