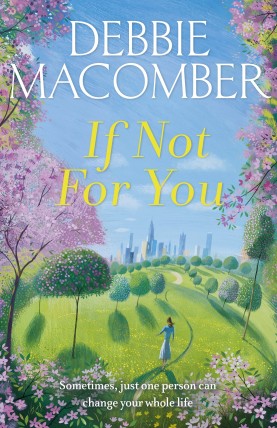 If Not for You

Sometimes, just one person can change your whole world...

If not for her loving but controlling parents, Beth might never have taken charge of her life.

If not for her friend Nichole, Beth would never have met Sam Carney – a tattooed mechanic who is her conservative parents' worst nightmare.

And if not for Sam – who witnessed a terrible accident and rushed to her aid – Beth might have never survived and fallen in love.

Yet there are skeletons in Sam's closet that prevent him from ever trusting a woman again. Will he be able to overcome his past and fight for love? 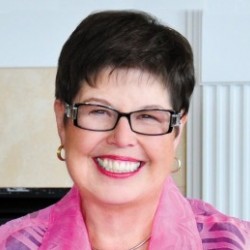 Debbie Macomber is a #1 New York Times bestselling author and one of today’s most popular writers with more than 200 million copies of her books in print worldwide.

In her novels, Macomber brings to life compelling relationships that embrace family and enduring friendships, uplifting her readers with stories of connection and hope. Macomber’s novels have spent over 1,000 weeks on the New York Times bestseller list. Thirteen of these novels hit the number one spot.

In 2019, Macomber’s all-new hardcover publications include Window on the Bay (July) and A Mrs. Miracle Christmas (October). Macomber is also releasing a new journal titled Be a Blessing: A Journal for Cultivating Kindness, Joy, and Inspiration (April).

Celebrated as “the official storyteller of Christmas”, Macomber’s annual Christmas books are beloved and five have been crafted into original Hallmark Channel movies.

Macomber is also the author of the bestselling Cedar Cove Series which the Hallmark Channel chose as the basis for its first dramatic scripted television series. Debuting in 2013, Debbie Macomber’s Cedar Cove was a ratings favorite for three seasons.

She serves on the Guideposts National Advisory Cabinet, is a YFC National Ambassador, and is World Vision’s international spokesperson for their Knit for Kids charity initiative. A devoted grandmother, Debbie and Wayne live in Port Orchard, Washington, the town which inspired the Cedar Cove series.