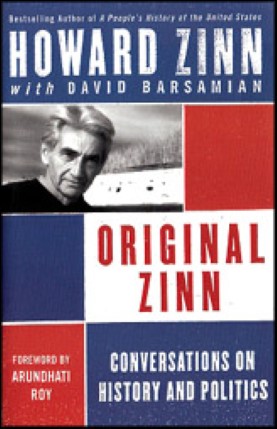 Historian, activist, and bestselling author Howard Zinn has been interviewed by David Barsamian for public radio numerous times over the past decade. Original Zinn is a collection of their conversations, showcasing the acclaimed author of A People's History of the United States at his most engaging and provocative.

Touching on such diverse topics as the American war machine, civil disobedience, the importance of memory and remembering history, and the role of artists—from Langston Hughes to Dalton Trumbo to Bob Dylan—in relation to social change, Original Zinn is Zinn at his irrepressible best, the acute perception of a scholar whose impressive knowledge and probing intellect make history immediate and relevant for us all. 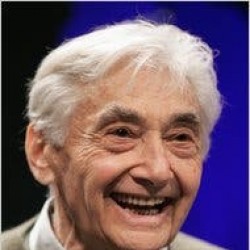 Howard Zinn (1922-2010) was a historian, playwright, and activist. He wrote the classic A People's History of the United States, "a brilliant and moving history of the American people from the point of view of those ... whose plight has been largely omitted from most histories" (Library Journal). The book, which has sold more than two million copies, has been featured on The Sopranos and Simpsons, and in the film Good Will Hunting. In 2009, History aired The People Speak, an acclaimed documentary co-directed by Zinn, based on A People's History and a companion volume, Voices of a People's History of the United States.

Zinn grew up in Brooklyn in a working-class, immigrant household. At 18 he became a shipyard worker and then flew bomber missions during World War II. These experiences helped shape his opposition to war and passion for history. After attending college under the GI Bill and earning a Ph.D. in history from Columbia, he taught at Spelman, where he became active in the civil rights movement. After being fired by Spelman for his support for student protesters, Zinn became a professor of Political Science at Boston University, were he taught until his retirement in 1988.

Zinn was the author of many books, including an autobiography, You Can't Be Neutral on a Moving Train, the play Marx in Soho, and Passionate Declarations. He received the Lannan Foundation Literary Award for Nonfiction and the Eugene V. Debs award for his writing and political activism.