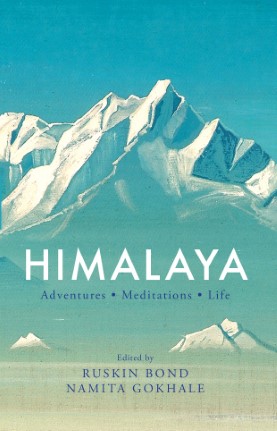 For some, the Himalaya is a frontier against which to test themselves. Others find refuge and tranquility in the mountains, a place where they can seek their selves, perhaps even God. And over millennia, the mountains have cradled civilization itself and nurtured teeming, irrepressible life.

Here you will find stories of great ascents and descents; The madness of war on the ‘world’s highest battlefield’; Tales of exploratory derring-do in Tibet and elsewhere; A drunken jaunt in Kuma on and even the probable sighting of an 'Abominable Snowman in the Valley of Flowers'. A seeker has an intense spiritual experience on Mount Kailas, another among shamans on a mountaintop in Nepal and looking for the snow leopard in Ladakh, an author finds himself.

A resident of a Sherpa village writes a heartfelt account of the aftermath of an avalanche which killed porters and climbers on Everest and residents of Langtang record an oral history of the earthquake which wiped out their village. A matriarch describes her life and family in Almira of a bygone time; A prisoner in Dehra Dun jail draws solace from visits by birds and small animals and the fragrance of lime makes a traveler's night in a remote Garhwal village memorable for all time.

Edited by Ruskin Bond, India’s most-loved writer and acclaimed novelist Namita Gokhale, this anthology spans the entire range, from the foothills to the highest peaks and from its easternmost to its westernmost ends. Himalaya will keep you riveted.