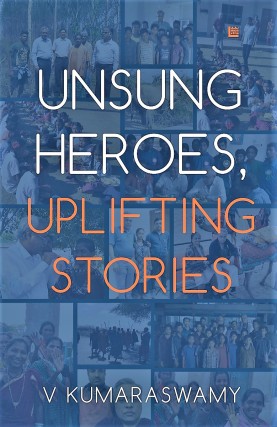 Unsung Heroes, Uplifting Stories is a collection of tales and personal life stories from various corners of the globe based on the author’s personal observations and interaction with the people he met during his visits to those places. Each person or situation has a story to tell… from which we can learn extraordinary lessons, or gain inspiration.

This first-person narrative transports the readers to the scene of action or conversation and makes them relive the experience themselves. 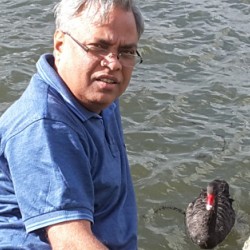 Kumaraswamy is an alumnus of IIM, Ahmedabad. He has been working with some of India’s top corporates for over thirty-five years and is now the Chief Financial Officer with one of them.

He has travelled to over fifty countries on official account as well as because of his deep interest in leisure and exploratory travel. He has been to some of the remotest places in countries that are not a part of the regular travel circuit – Swaziland, Estonia, Myanmar, Brazil, Finland, Bhutan… also Syria and Egypt right during riot/civil war times.

He has met and conversed with people from various walks of life – from farmers and foresters to policemen and presidents; politicians to parliamentarians, chefs to even lions and cheetahs.

He has taken a keen interest in knowing about other cultures and life stories of various people he has met on his voyage of discovery and sharing them through social media.

Kumaraswamy has written three books – one on economics (peer-reviewed and published by Sage Publications), one by Tata McGraw Hill and the latest addition is, Weird Adventures and Uncommon Lessons by Authors Point (one can have a look in Amazon). He has also published over a hundred articles and, of late, poems.

Kumaraswamy has also featured in the inaugural Bhopal Litfest, and as an amateur economist, he has consulted with the newly formed state of Andhra Pradesh and the National Commission for Scheduled Tribes.