Home / Books / Framed as a Terrorist 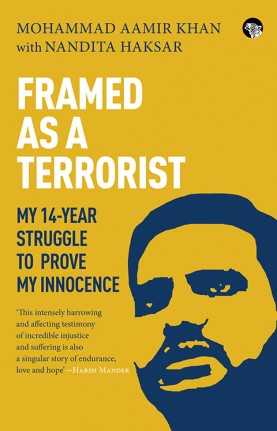 Framed as a Terrorist

My 14-Year Struggle to Prove My Innocence

Framed As a Terrorist is the harrowing and heart-rending narrative of an ordinary young Indian man, from the by-lanes of Old Delhi, who was kidnapped by the police, falsely accused of being a terrorist, framed and kept in jail for almost fourteen years.

Released after a long and incredibly difficult legal battle, after surviving torture and solitary confinement, Mohammad Aamir Khan remains committed to the secular and democratic values that he grew up with. He refuses to be defeated, or to give up any of the dreams he has for himself, his family and the country that nearly destroyed him. 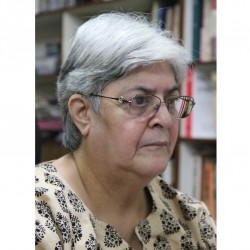 Nandita Haksar is a human rights lawyer, teacher, campaigner and writer. Her engagement with the people of Northeast India began while studying in Jawaharlal Nehru University in the 1970s.

She has represented the victims of army atrocities in the Supreme Court and the High Court and campaigned nationally and internationally against the Armed Forces (Special Powers) Act, 1958. In her capacity as a human rights lawyer, Haksar has helped to organize migrant workers to fight for their rights and voice their grievances. In 1983, she became the first person to challenge the infamous Armed Forces (Special Powers) Act (AFSPA) in the Supreme Court. She successfully led the campaign for the acquittal of one of the people framed in the Indian Parliament attack case.

She has written innumerable articles in national dailies and journals and is the author of several books, including Nagaland File: A Question of Human Rights (co-edited with Luingam Luithui) (1984); Framing Geelani, Hanging Afzal: Patriotism in the Time of Terror (2009); Who Are the Nagas (2011); ABC of Naga Culture and Civilization: A Resource Book (2011); The Judgement That Never Came: Army Rule in Northeast India (co-authored with Sebastian Hongray) (2011); Across the Chicken Neck: Travels in Northeast India (2013); The Many Faces of Kashmiri Nationalism: From the Cold War to the Present Day (2015); and Kuknalim: Naga Armed Resistance (with Sebastian Hongray, 2019).Haksar lives in Goa, Delhi and sometimes Ukhrul, with her husband, Sebastian Hongray.