Available
At the end of her bestselling memoir Eat, Pray, Love, Elizabeth Gilbert fell in love with Felipe, a Brazilian-born man of Australian citizenship whoâ€™d been living in Indonesia when they met. Resettling in America, the couple swore eternal fidelity to each other, but also swore to never, ever, under any circumstances get legally married. (Both were survivors of previous bad divorces. Enough said.) But providence intervened one day in the form of the United States government, whichâ€”after unexpectedly detaining Felipe at an American border crossingâ€”gave the couple a choice: they could either get married, or Felipe would never be allowed to enter the country again. Having been effectively sentenced to wed, Gilbert tackled her fears of marriage by delving into this topic completely, trying with all her might to discover through historical research, interviews, and much personal reflection what this stubbornly enduring old institution actually is. Told with Gilbertâ€™s trademark wit, intelligence and compassion, Committed attempts to â€œturn on all the lightsâ€ when it comes to matrimony, frankly examining questions of compatibility, infatuation, fidelity, family tradition, social expectations, divorce risks and humbling responsibilities. Gilbertâ€™s memoir is ultimately a clear-eyed celebration of love with all the complexity and consequence that real love, in the real world, actually entails. 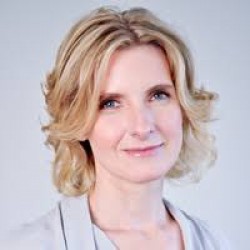 Elizabeth Gilbert is an award-winning writer of both fiction and non-fiction. Her short story collection Pilgrims was a finalist for the PEN/Hemingway award, and her novel Stern Men was a New York Times notable book.

It has shipped over 6 million copies in the US and has been published in over thirty languages. A film adaptation of the book was released by Columbia Pictures with an all star cast:

Julia Roberts as Gilbert, Javier Barden as Felipe, James Franco as David, Billy Crudup as her ex-husband and Richard Jenkins as Richard from Texas.

Her latest novel, The Signature of All Things, will be available on October 1, 2013. The credit for her profile picture belongs to Jennifer Schutte.