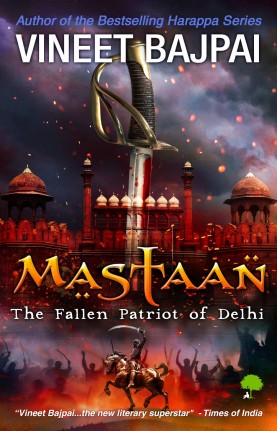 Mastaan: The Fallen Patriot of Delhi

An imperial monster masquerades as a mercantile company. From gunpowder to opium, the East India Company uses every weapon to bring an entire sub-continent to its knees. Even Tipu, the fearsome Tiger of Mysore, falls prey to British military might.
As a century of deceit and cruelty unfolds - the oppressed thirst for retribution.

Delhi is the first to drown in blood, as a violent sepoy uprising engulfs all of Hindustan. The seat of the crumbling Mughal empire emerges as the epicenter of the ghadar.

An unforgettable poet laments the destruction of his beloved city and a senile Badshah’s eyes gleam with unreal hope, as both sides of the Laal Qila witness terrifying bloodshed and historical battles.

And amidst all the cannon-roars, brutal duels, intoxicated mushairas, ravishing courtesans, haunted treasures and bloody battles – unfolds the immortal love-story of the magnificent Mastaan & the beautiful Fay.

Did one man really change the course of history’s greatest war for freedom? 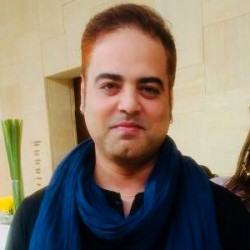 Vineet Bajpai is one of India’s most popular and commercially successful authors. Counted among the 75 greatest Indian writers of all time, his books have touched the hearts & lives of millions of readers worldwide.

A Nielsen chart-topping author, Vineet has written six books before Mastaan. His business and inspirational books Build From Scratch (2004), The Street to the Highway (2011) and The 30 Something CEO (2016) have been highly acclaimed.

Vineet’s fiction novels, the best-selling Harappa Trilogy, sold over 1 lac copies within 12 months of release and are counted among the biggest blockbuster novels in the history of Indian fiction.

Film-rights of the Harappa Trilogy have been acquired by one of the largest film production houses in India. A regular speaker at the Jaipur Literature Festival and other international literary events, Vineet’s books have been translated into several languages.

Mastaan - The Fallen Patriot of Delhi is Vineet’s seventh book.