Home / Books / Khallaas : An A to Z Guide To The Underworld 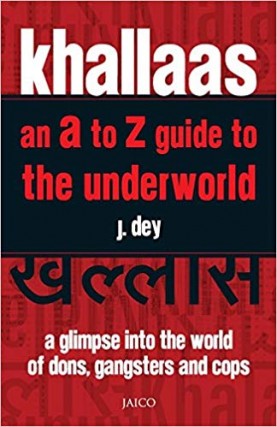 Khallaas : An A to Z Guide To The Underworld

As a journalist on the crime beat, the author has spent long hours talking to those in uniform, those in the underworld and those in the grey zone -people who work as police informers. Much of what he has seen, heard and observed in over a decade of covering crime has found its way into print. But there's a lot that's spoken of in hushed tones or buried in underworld lore.

The underworld speaks its own language and words are invented on the spur of the moment. A shooter is referred to as an "artist", an informer is simply "zero dial", Dubai is "Delhi", while arrest is "get admitted". Most of these are aimed at sending the police or adversaries on a wild goose chase.

It's a world that thrives on the spirit of enterprise, actively courts power and danger and has conquered fear. The rules are straight and the ethics sacrosanct. The principles of 'dhanda' apply equally here -risk, profit and competition are at the very core. An informer will think nothing of selling precious information on a rival if it can earn him extra bucks or goodwill from the police. 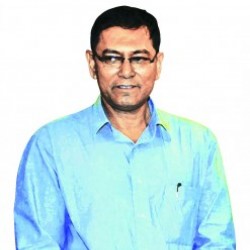 Jyotirmoy Dey also known as Jyotendra Dey, Commander J, and J Dey, was an Indian journalist, crime and investigations editor for MiD DAY (a tabloid newspaper published in several cities in India) and an expert on the Mumbai underworld.

Dey started his career with Hindustan Times. A wildlife enthusiast, he first started writing on forest encroachment and the man-animal conflict in Borivali National Park. A story about government departments taking away land in the reserved national park created a furore in the state legislature.

He started his journalistic career as a freelancer with Afternoon Despatch and Courier writing about crime in the wildlife areas. He also dabbled in photojournalism. He then started free lancing for Mid Day before joining them full-time. He joined Indian Express in 1996 and soon switched to covering crime stories, especially on Mumbai underworld. In 2005, he joined Hindustan Times. He later re-joined MiD Day as crime and investigations editor.

Dey had authored two books on underworld activities, Zero Dial: The Dangerous World of Informers and Khallas. He has done many reports on underworld dons Dawood Ibrahim and Chhota Rajan.

He was shot dead by motorcycle-borne sharpshooters on 11 June 2011.