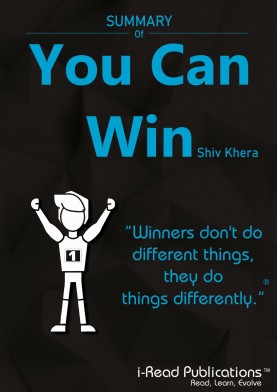 You Can Win Book Summary

An easy to read, practical, common-sense approach that will take you from ancient wisdom to contemporary thinking, You Can Win helps you dispel confusion in daily life and clarify values.

The book helps you evaluate if you are going through life out of inspiration (playing to win) or desperation (playing not to lose). It translates positive thinking into attitude, ambition and action that brings in the winning edge.

1. How to create a positive mindset for success.

2. What qualities are essential for success and why people fail. 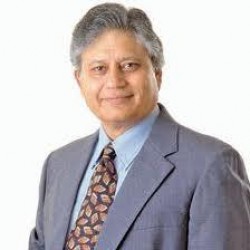 Mr. SHIV KHERA  is an Author, Educator, Business Consultant and a much sought-after speaker.

A global Thought Leader, he inspires and encourages individuals to realize their true potential. He has taken his dynamic personal messages to opposite sides of the globe, from the U.S. to Singapore. His 40 years of research and understanding has put millions on the path of growth and fulfillment.

Over 8 million copies of his books have been sold globally including his international bestseller "You Can Win" in 21 languages.

Tens of thousands have benefitted from his dynamic workshops internationally in over 20 countries and millions have heard him as a Keynote Speaker. He has appeared on numerous radio and television shows.

Mr. Khera is the brand ambassador of Round Table Foundation. He has been honored by The Lions International and Rotary International.