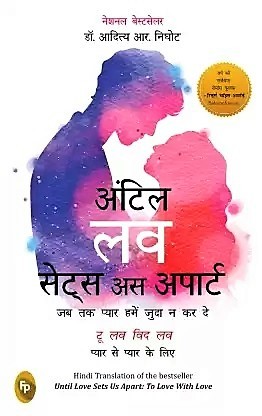 Aisha and Rohit are like chalk and cheese. While Rohit is completely aimless and imperfect, Aisha is focused and a perfectionist. Just two opposites. But don’t they say opposites attract? He loves her... She loves him. Their wedding is on the cards but their love is put to the test when an unforeseen incident hits their lives.

Can loving somebody immensely set you apart? Can everything just change in the blink of an eye? Inspired from real-life incidents, this ‘best romance book of the year’ Award winning novel is a heart-wrenching tale of true love, friendship, and destiny. And a young author’s quest to find out what exactly happened... 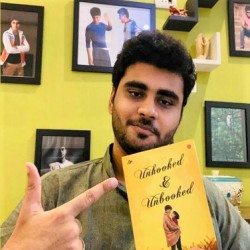 Aditya Nighhot is pursuing his MBBS degree from a renowned college in Pune. He is a professional photographer, an avid reader and fond of music. As a twenty-year-old student, he feels that he can connect to the emotions of the youth and express this through his books.

With social messages being the crux of his books, his writing has proved to be a boon to his audience; as a result, he has been interviewed by various radio stations.

Aditya’s debut novel U n Me . . . It’s Complicated!!! was originally written as a hobby with limited copies printed for friends, family and a few readers. But the positive reviews he received encouraged him to write another novel.

His book Until Love Sets Us Apart, previously titled In the Blink of an Eye, won the “Best Romance Book of the Year” Award and has inspired him to write more. He is currently working on his next novel.

Aditya enjoys interacting with his readers via his book and social media and always responds promptly. Connect with him on social media.