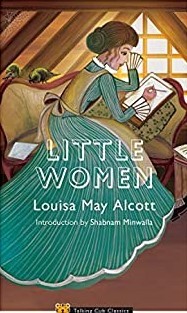 Little Women – It’s Christmastime but celebrations and treats are on hold: Civil War is tearing America apart, and the March family has fallen on hard times. Sweet Meg can’t help but dwell on more comfortable times as she’s forced to work as a governess for a spoilt bunch of children. Jo is wilful and headstrong, and dreams of being a writer. Shy Beth simply wants to help everyone as best as she can. And Amy, the baby of the family, splurges on pickled limes even as she struggles with her French. But their lives are vibrant and rich as they get into all sorts of trouble; put up wild plays; go skating on ice with the Lawrence boy, their neighbour; struggle with their emotions and vices; and look after each other through sickness—all the while seeking comfort and advice from their loving Marmee.

An enduring classic about the ups and downs of coming-of-age and the joys of sisterhood, Little Women has captured the imagination of generations of readers. Enter the world of the March sisters once again, now with a memorable introduction by Shabnam Minwalla. 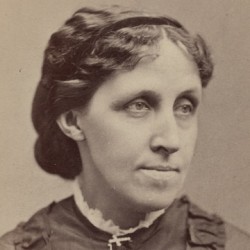 Louisa May Alcott's novels remain as popular today as when they were first published in the nineteenth Century.

"Little Women" (1868) and its sequels "Little Men" and "Jo's Boys" were semi-autobiographical, based on the life of Alcott and her own three sisters.

Alcott was a feminist and an abolitionist and her views are reflected in her writings. She was also the daughter of a transcendentalist and through her father grew up with intellectuals such as Ralph Waldo Emerson, Nathaniel Hawthorne and Henry David Thoreau who also had some influence on her work.