Home / Books / Dhirubhai Ambani: Against All Odds: A Story of Courage, Perseverance And Hope 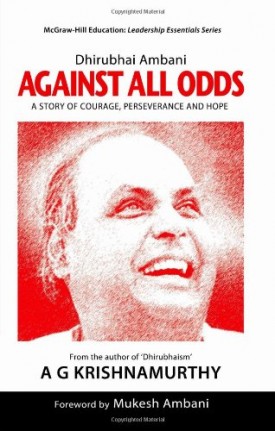 Dhirubhai Ambani: Against All Odds: A Story of Courage, Perseverance And Hope

Dhirubhai and Reliance's success have been so phenomenal that most people are unable to see beyond he glitter of their wealth. Dhirubhai's success was by no means a walk in the park. He had to fight long and hard for it. And that is what is so inspiring about his life and success. It gives us the courage 'to dream...with our eyes open' as he put it. This is a collection of stories not just about dreams but about the price that you pay for achieving them.

Dhirubhai's path was liberally sprinkled with obstacles. Some of them were deliberately placed by peers who hoped in vain to slow down his hard-to-beat pace, and some by fate itself. But unlike you and me who would probably change course after overcoming a few, he on the other hand, persevered, found a way around them, bulldozed his way through the others, but more importantly never, ever lost hope, and was rewarded a hundredfold because of it. 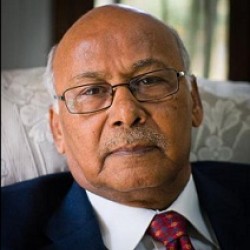 Atchyutani Gopala Krishnamurthy (28 April 1942 – 5 February 2016) was an Indian advertising professional. He was chairman and managing director of Mudra Communications Limited, which he founded, from 1980 to 2003

A. G. Krishnamurthy graduated from Andhra University with a B.A. in History.[citation needed] He began his career at Calico Mills in 1968, moving to Shilpi Advertising, Calico's ad agency, as an Account Executive in 1972. He joined Reliance Industries as Advertising Manager in 1976 and left there to set up Mudra Communications on 25 March 1980. He retired from Mudra in March 2003, handing it over to Madhukar Kamath. In the same year, he set up a consultancy named AGK Brand Consulting