Home / Books / The Fault in Our Stars 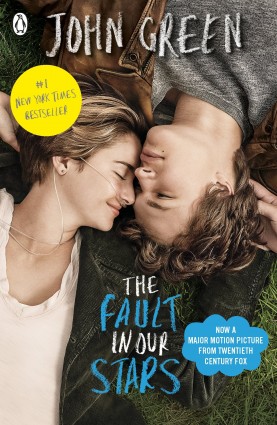 The Fault in Our Stars

The Fault in our Stars is a book for everyone, be it people in their old age, or teens studying in school, this book is an ideal feel good and emotional novel for all. Written by John Green and published by Penguin UK, in the year 2013, this book has gone on to become a major seller in all parts of the world. It has sold more than ten million copies worldwide.

The book is about two teenagers, Hazel Grace Lancaster and Augustus Waters, who are also the protagonists and follows their lives when they are diagnosed with terminal cancer. Their lives change completely post diagnosis.

Hazel meets Augustus for the very first time at a, support Centre for cancer patients and survivors, which she had started to attend. Augustus is there for a remission. This is when they meet each other and their lives see some light again and they feel alive and better. This is a book that has it all be it love, emotion, drama, humor, pain, fear and even death.

As the book progresses, the readers are unwittingly brought into the lives of the characters and start feeling and thinking about them as one of their own. The various turns that Hazel and Augustus go through, the tragic moments, the funny moments and the times when the readers are left teary eyed, is what makes this book worth a read.

The readers gain an insight into the lives of people who are diagnosed by terminal cancer, the struggles they go through, their daily lives and how cancer disrupts the lives of the other people involved as well. However, the story also leaves a message of courage, true happiness and how to live life.

This book through its protagonists try to tell that one should not feel pity for themselves, rather embrace life or what’s precious is left of it. It touches the chords of the readers’ hearts through its emotional appeal. 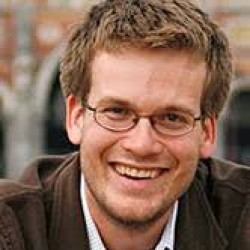 John Green is the award-winning, #1 bestselling author of Looking for Alaska, An Abundance of Katherines, Paper Towns, Will Grayson, Will Grayson (with David Leviathan), The Fault in Our Stars and Turtles All the Way Down.

John's many accolades include the Printz Medal, a Printz Honor, and the Edgar Award. He has twice been a finalist for the LA Times Book Prize and was selected by TIME magazine as one of the 100 Most Influential People in the World. With his brother, Hank, John is one half of the Vlog brothers and co-created the online educational series Crash Course.