The Kashmir problem, today, evokes images of the militancy and fighting in the state. Forgotten, however, are the living victims of the militancy, the people forced to leave their homes in the valley in order to survive.

One of these communities is the Kashmiri Pandits, once an integral part of Kashmir, now living a scattered existence in makeshift camps in Jammu and Delhi. The apathy of government authorities and civil society towards the Pandits has been extraordinary. Kashmiri Pandits is a comprehensive account of the poignant history of the Kashmiri Pandits after 1947, based primarily on the papers presented at the Kashmiri Pandits Conference, organized by the Observer Research Foundation in September 2003. 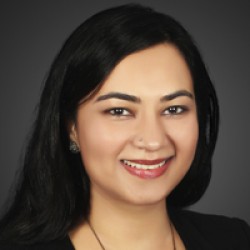 Avanti Bhati is a Senior Director in the Global Risk and Investigations practice at FTI Consulting and is based in Mumbai, India.

Avanti has over ten years’ experience conducting in-depth investigative, business intelligence and political risk assignments in the Indian subcontinent and in the Asia Pacific region. Avanti started her career in consulting with Kroll India and subsequently worked for two of the “Big 4” prior to joining FTI Consulting.

Prior to her career in consulting, Avanti worked for leading think tanks in New Delhi and Mumbai where she researched and wrote on a range of contemporary political issues. In 2004, she published an edited volume on Kashmiri Pandits, a minority community from the state of Jammu & Kashmir.