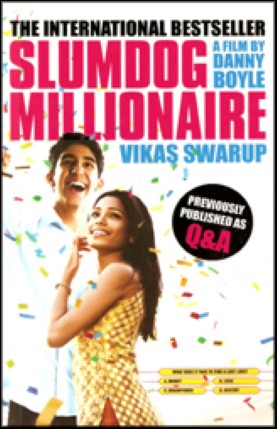 Available
A small prison cell in India holds an 18-year-old penniless waiter from a Mumbai slum. But Ram Mohammad Thomas isn't a criminal. He is under arrest for correctly answering 12 tricky trivia questions on the show Who Will Win a Billion? Reluctant to part with the jackpot of one billion rupees, the show directors bribe the police to arrest Ram, accusing him of cheating. For how else could a poor, uneducated orphan know so much: the name of the smallest planet, global capitals, and diplomatic policy? Ram is rescued by a lawyer who draws from him the always compelling, touching and sometimes comic story of his life, explaining the source of his knowledge. An inspired performance by narrator Kerry Shale captures the spirit of this offbeat novel, a blend of high comedy and touching melancholy. 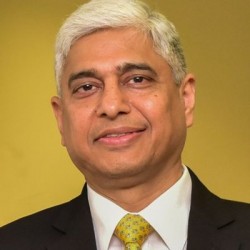 Vikas Swarup was born in Allahabad (India) in a family of lawyers. After his schooling, Vikas attended Allahabad University and studied History, Psychology and Philosophy.

He also made his mark as a champion debater, winning National level competitions. After graduating with distinction, he joined the Indian Foreign Service in 1986, motivated by an interest in international relations and a desire to explore different cultures.

Vikas has participated in the Oxford Literary Festival, the Turin International Book Fair, the Auckland Writers’ Conference, the Sydney Writers’ Festival, the Kitab Festival in New Delhi, the St.

Malo International Book & Film Festival in France, the 'Words on Water' Literary Festival at the University of the Witwatersrand in Johannesburg and the Jaipur Literature Festival.

His wife Aparna is an artist who has held exhibitions in India and abroad. They have two sons Aditya and Varun.