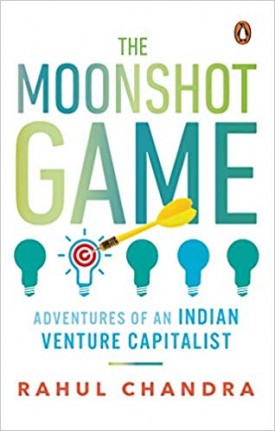 The Moonshot Game: Adventures of an Indian Venture Capitalist

India's start-up revolution began in 1998, when the first venture capitalists (VCs) arrived from the US and backed early businesses in IT services for global corporates. The second wave came in 2006 when home-grown VCs raised large amounts of capital and funded products and services companies for Indian consumers.

This is a gripping behind-the-scenes story of a VC's journey, right from the beginning of the second start-up revolution in India in 2006 until the end of the funding frenzy in 2016. A story about how global conditions, local consumers, founder ambition and good old greed shaped the start-up story in India.

Rahul Chandra is the co-founder of Helion Ventures, and in this candid memoir he tells us about his journey building one of India's oldest VC firms. In a remarkably gripping account, he recounts his adventures in India's hyper-funded start-up ecosystem.

The Moonshot Game gives readers an insight into the secret world of a VC, with unguarded stories involving large bets and big mistakes, and tales of how one juggles several investments at the same time.

Rahul shows why being a VC is a constant journey of ups and downs, why building value is a long-term business, and why no amount of failure can be an excuse to lose optimism in the power of entrepreneurship. 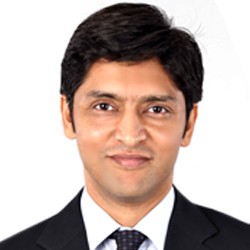 Rahul Chandra is a co-founder and Managing Director of Helion and has 17 years of venture capital investing and corporate development experience in technology product and services companies in India and the US. He serves on the Boards of Seclore, Shubham, UnitedLex, Netambit, Mindworks and manages investments in Cucumber Town, EzeTap, Spandana and Equitas.

Between 2000 and 2006, Rahul was based in Silicon Valley as part of the investment team at Walden International, a global venture capital firm with more than $2B under management. Between 2004 and 2005 he also led the M&A efforts at e4e Inc., a Santa Clara, CA based BPO company with more than 4,000 employees across the globe.

Rahul started Venture Capital investing in 1996 in India as the first hire at Walden's India office. In this role he managed investments for Walden's India dedicated Fund between 1996 and 2000.

Rahul has invested in more than 30 early-to-mid-stage companies such as Mindtree, Ikanos (IKAN), e4e Inc and Techspan (Headstrong). Prior to Walden, he worked in the Capital Markets Group at Lazard India, and in the Primary Market Department at the Securities Exchange Board of India.

Rahul has an MBA from University of California, Berkeley and graduated from Birla Institute of Technology & Science, Pilani in 1993.