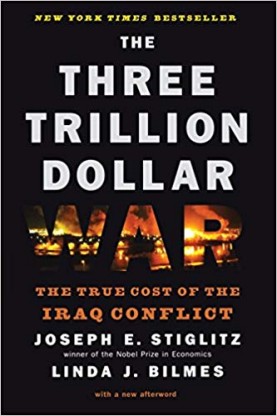 The Three Trillion Dollar War: The True Cost of the Iraq Conflict

America has already spent close to a trillion dollars on the wars in Iraq and Afghanistan, but there are hundreds of billions of bills still due—including staggering costs to take care of the thousands of injured veterans, providing them with disability benefits and health care. In this sobering study, Nobel Prize winner Joseph E.

Stiglitz and Harvard University's Linda J. Bilmes reveal a wide range of costs that have been hidden from U.S. taxpayers and left out of the debate about our involvement in Iraq. That involvement, the authors conservatively estimate, will cost us more than $3 trillion. 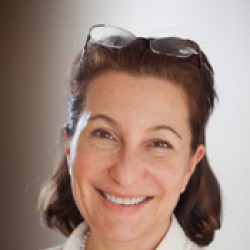 Linda J. Bilmes (born 1960) is the Daniel Patrick Moynihan Senior Lecturer in Public Policy at Harvard University. She is a full-time faculty member at the Harvard Kennedy School where she teaches public policy, budgeting and public finance.

She is a leading national expert on financial, budgeting, veterans and civil service issues. Bilmes is widely credited with drawing attention to the cost of the Iraq War and to the long-term cost of caring for returning Iraq and Afghanistan war veterans. She has received numerous awards and distinctions from peace groups and veterans organizations. She is the recipient of the 2008 “Speaking Truth to Power” Award from the American Friends Service Committee. She is a member of the Council on Foreign Relations and a Fellow of the National Academy of Public Administration. She serves on the Board of Directors for Economists for Peace and Security and the Institute for Veterans and Military Families.

She is a contributor to the Eisenhower Study Group/Brown University cost of war study. She has testified to the US Congress on numerous occasions regarding the costs of the Iraq and Afghanistan wars and the long-term consequences for providing veterans care. She co-authored the landmark centennial study of the economic value of the US National Parks System, which established a baseline value of $92 billion for the parks and programs.

Bilmes is a faculty affiliate of the Mossavar-Rahmani Center for Business and Government, the Taubman Center for State and Local Government, the Belfer Center for Science and International Affairs and the Rappaport Institute for Greater Boston. At Harvard, Professor Bilmes founded and directs the Greater Boston Applied Field Lab, an advanced program in which teams of students work directly in local communities on budgeting and financial challenges.

She leads budgeting workshops and training sessions for newly-elected Mayors and Members of Congress run by the Harvard Institute of Politics. Bilmes also teaches and conducts research at the Blavatnik School of Government at Oxford University, where she is a visiting fellow at Brasenose College.