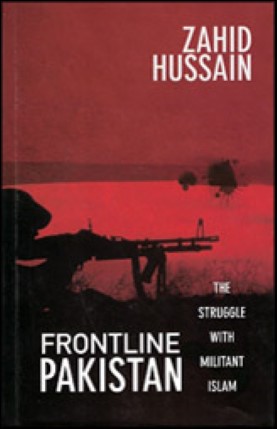 After September 11, 2001, Pakistan's president, Pervez Musharraf, vowed to fight extremism in his country and has since established himself as a key ally in America's "global war on terror." But as veteran Pakistani journalist and commentator Zahid Hussain reveals in this book, Musharraf is in an impossible position.

The Pakistani army and intelligence services are thoroughly penetrated by jihadists. In fact, the current government came into power through its support of radical Islamist groups, such as those fighting in Kashmir. Based on exclusive interviews with key players and grassroots radicals, Hussain exposes the threads of Pakistan's complex political power web and the consequences of Musharraf's decision to support the U.S.'s drive against jihadism, which essentially took Pakistan to war with itself.

He recounts the origins and nature of the jihadi movement in Pakistan and Afghanistan, the long-standing and often denied links between militants and Pakistani authorities, the weaknesses of successive elected governments, and the challenges to Musharraf's authority posed by politico-religious, sectarian, and civil society elements within the country.

The jihadi madrassas of Pakistan are incubators of the most feared terrorists in the world. Osama bin Laden himself is believed to be hiding close to the Pakistani border. Although the country's "war on terror" has so far been a stage show, a very real battle is looming, the outcome of which will have grave implications for the future security of the world. 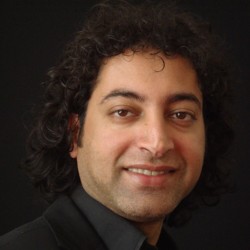 Zahid Hussain (born 6 March 1972). Zahid Hussain, author of The Curry Mile , was born and raised in Lancashire. His family moved from Blackburn to Manchester in 1990 where he has lived ever since.  Zahid Hussain is a former North West Poetry Slam champion and has performed at venues such as Manchester's Green Room and the Contact Theatre and has regularly featured on BBC Radio. His first novel, The Curry Mile , is set in Manchester. The novel tells the tale of a Pakistani family in the restaurant trade and he bravely explores issues as diverse as diaspora, identity, gender politics and intergenerational conflict.

New Statesman magazine named The Curry Mile as one of their Books of the Year for 2006. Zahid Hussain works as a social entrepreneur, specialising in community based research, regeneration and development. In 2006 he set up the first BME football league in Manchester. He is currently working to develop youth based electronic gaming, a tour of diversity and EcoMosque. He is available for readings, workshops and consultancy.