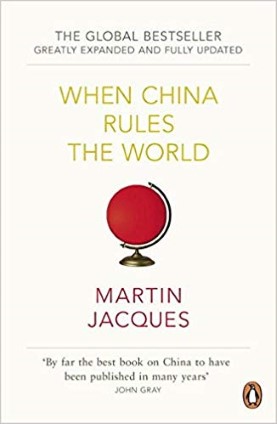 When China Rules The World

China will replace the United States as the world's dominant power. In so doing, it will not become more western but the world will become more Chinese. Jacques argues that we cannot understand China in western terms but only through its own history and culture.

To this end, he introduces a powerful set of ideas including China as a civilization-state, the tributary system, the Chinese idea of race, a very different concept of the state, and the principle of contested modernity.

First published in 2009 to widespread critical acclaim - and controversy - 'When China Rules the World: The End of the Western World and the Rise of a New Global Order' has sold a quarter of a million copies, been translated into eleven languages, nominated for two major literary awards, and has been the subject of an immensely popular TED talk. In the three years since the first edition was published, the book has transformed the debate about China worldwide and proved remarkably prescient.

In this greatly expanded and fully updated paperback edition, with nearly three-hundred pages of new material backed up by the latest statistical data, Martin Jacques renews his assault on conventional thinking about China's ascendancy, showing how its impact will be as much political and cultural as economic, thereby transforming the world as we know it. 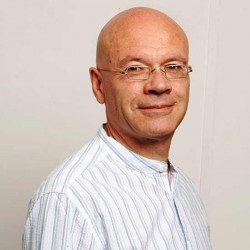 Martin Jacques is one of Britain's foremost public intellectuals. A Visiting Senior Research Fellow at IDEAS, the London School of Economics' centre for diplomacy and grand strategy, a Visiting Professor at Tsinghua University, Beijing, and a Fellow of the Transatlantic Academy, Washington DC, Martin Jacques is widely respected as a leading global expert on what could prove to be the most important geopolitical event of the past 200 years: the rise of China.

Born in Coventry in 1945, Martin Jacques earned a first class honours degree in Economics at Manchester University, followed by a masters degree, and then a PhD from Cambridge University. He subsequently held a lectureship in the Department of Economic and Social History at Bristol University.

In 1977, he became editor of Marxism Today, a post he held for fourteen years until the journal's closure in 1991, transforming what was an obscure and dull publication into a the most influential political magazine in Britain. In the early 1990, Jacques co-founded the think-tank Demos, and worked as deputy editor of The Independent. He has been a columnist for the Times, the Sunday Times, the Guardian, the Observer, and the New Statesman, as well as writing for many newspapers and magazines worldwide, including Financial Times, Economist, New York Times, International Herald Tribune, Daily Beast, New Republic, Volkskrant, Corriere della Sera, L'Unita, Il Mondo, Süddeutsche Zeitung, South China Morning Post, and Folha Des Paulo.

He has made many television programs for the BBC, including writing and presenting Italy on Trial (1993), The Incredible Shrinking Politicians (1993), a two-part series on The End of the Western World (1996) and Proud to be Chinese (1998).