Home / Books / The World Is What It Is - The Authorized Biography Of V.S.Naipaul.

The World Is What It Is - The Authorized Biography Of V.S.Naipaul.

Researched with the full co-operation of its Nobel Prize-winning subject, this is the first major biography of one of our greatest writers V.S. Naipaul is the most compelling literary figure of the last fifty years. Producing, uniquely, masterpieces of both fiction and non-fiction, his is a gift born of a forceful, visionary impulse. With great feeling for his formidable body of work, and exclusive access to his private papers and personal recollections, Patrick French has produced a luminous and astonishing account of this enigmatic genius. V.S. Naipaul was born in Trinidad, into an Indian family.

French examines early privations, Naipaul’s life within a displaced community and his talent and fierce ambition at school, which won him a scholarship to Oxford at the age of seventeen. He describes how, once in England, homesickness and depression struck with great force, and the ways in which Naipaul, supported by his first wife, overcame his ‘double exile’, culminating in the production of early masterpieces such as A House for Mr Biswas, An Area of Darkness and In a Free State .

Through the uncertainties of life in London, and later in Wiltshire, Naipaul and his wife were to stay together for over four decades, even after he embarked on an intense twenty-five-year love affair. As his reputation grew, as prizes and accolades were bestowed, as a second wave of breathtaking creation generated A Bend in the River, Among the Believers and The Enigma of Arrival, Naipaul found and sustained an extraordinary position both outside and at the centre of literary culture. Researched with the full cooperation of its Nobel Prize-winning subject, Patrick French traces with sympathetic brilliance and devastating insight the roots of V.S. Naipaul’s unparalleled gift, in what will become a landmark in biography. 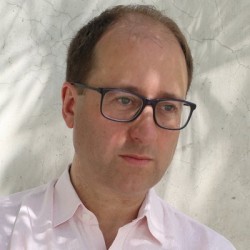 Patrick French (born 1966) is a British writer and historian, based in London. He was educated at the University of Edinburgh where he studied English and American literature.

French is the author of several books including : Younghusband: The Last Great Imperial Adventurer (1994), a biography of Francis Younghusband, The World Is What It Is (2008), an authorized biography of Nobel Laureate V.S Naipaul which won the National Book Critics Circle Award in the United States of America, and India: A Portrait. An intimate biography of 1.2 billion people.(2010)

During the 1992 general election, French was a Green Party candidate for Parliament. He has sat on the executive committee of the Tibet Support Group UK, and was a founding member of the inter-governmental India-UK Round Table.