Home / Books / The Truth About Hillary.. 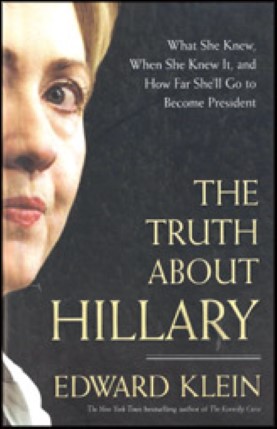 The Truth About Hillary..

Hillary Rodham Clinton is the most polarizing figure in American politics. Love her or hate her, everyone has a strong opinion about the former first lady turned senator who is almost certainly going to run for president in 2008.

Despite more than a dozen years in the national spotlight and more than a dozen unauthorized books about her, she has managed to keep many secrets from the public especially about her turbulent marriage and its impact on her career. There have been plenty of rumors about what Hillary and Bill Clinton did behind closed doors, but never a definitive book that exposes the truth.

Bestselling author Edward Klein draws on rare access to inside sources to reveal what Hillary knew and when she knew it during her years as first lady, especially during her husband’s impeachment. Klein’s book, embargoed until publication, will break news about the choices and calculations she has made over the years. It will also prove that she lied to America in her bestselling autobiography Living History.

When she was just a little girl, Hillary Rodham dreamed of becoming the first female president, and her lifelong dream is almost within reach. But just as the swift boat veterans convinced millions of voters that John Kerry lacked the character to be president, Klein’s book will influence everyone who is sizing up the character of Hillary Clinton. 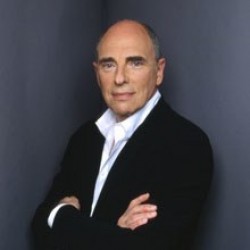 Edward Klein is a well-known editor, writer and public speaker with a distinguished career in American journalism.

After serving an apprenticeship as a copy boy for the New York Daily News, he became a reporter for The World Telegram & Sun, where he covered Brooklyn street gangs and the courts.

He earned a master's degree from Columbia University's Graduate School of Journalism, which awarded him a traveling fellowship to Japan. There, he learned to speak Japanese and traveled throughout Asia as a foreign correspondent for United Press International.

Upon his return to New York, he joined Newsweek, where he became foreign editor and then assistant managing editor with jurisdiction over foreign and military affairs.

Since leaving The Times, Edward Klein has written many articles for Vanity Fair and other national magazines. For almost 20 years, he wrote Parade magazine's "Walter Scott's Personality Parade," the most widely read column in the English language.

His nonfiction books have all appeared on The New York Times Best Seller List. They include: All Too Human: The Love Story of Jack and Jackie Kennedy; Just Jackie: Her Private Years; The Kennedy Curse; Farewell Jackie: A Portrait of Her Final Days; The Truth About Hillary; Katie: The Real Story; Ted Kennedy: The Dream That Never Died; The Amateur: Barack Obama in the White House; Blood Feud: The Clintons Vs. The Obamas; Unlikeable: The Problem With Hillary; and Guilty as Sin: Uncovering New Evidence of Corruption and How Hillary Clinton and the Democrats Derailed the FBI Investigation.

Edward Klein is also a novelist. He is the co-author of If Israel Lost the War and the author of The Parachutists.