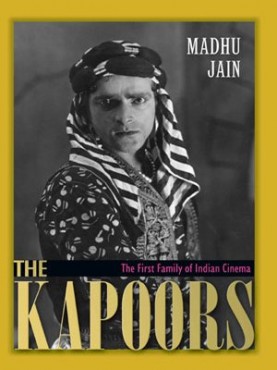 There is no film family quite like the Kapoors. A family of professional actors and directors, they span almost eighty years of film-making in India, from the twenties to the present. Each decade in the history of Hindi films has had at least one Kapoor—if not more—playing a large part in defining it.

Prithviraj came to Bombay in the twilight era of silent movies and went on to straddle both theatre and the silver screen like a colossus, starring in the first full-length talkie, Alam Ara (1931), setting up Prithvi Theatres, and giving life to memorable characters like Akbar and Sikandar on-screen. His three sons—Raj Kapoor, Shammi Kapoor and Shashi Kapoor—have earned secure and distinct places in the celluloid pantheon, dominating Hindi cinema throughout the fifties and sixties.

Over the next decade and a half, Raj Kapoor’s sons Randhir and Rishi Kapoor survived the Amitabh Bachchan-spawned age of the action hero. Later, just when it looked like the family’s fortune in tinsel town was finally in decline, Karisma Kapoor, the first daughter of the clan to become a star, and her sister Kareena put it right back in the lead. As this book goes to press, Rishi Kapoor’s son Ranbir Raj is waiting in the wings.

Never before have four generations of this family—or five, if you include Bashesharnath Kapoor, Prithviraj Kapoor’s father, who played the judge in Awara—been brought together in one book. The Kapoors details the professional careers and personal lives of each generation—box-office successes and failures, the ideologies that informed their work, the larger-than-life Kapoor weddings and Holi celebrations, their extraordinary romantic liaisons and family relationships, their love for food and their dark passages with alcohol.

Madhu Jain goes behind the façade of each of them to reveal what makes them tick: what prompted Prithviraj Kapoor to leave Peshawar for Bombay to become an actor, abandoning his semi-bourgeois background; what explains Raj Kapoor’s all-consuming, at times self-destructive, passion for cinema; what it was about the Kapoors that made them so irresistible to the women they worked with; and what it has been like for each successive generation of the Kapoors to grow up in the shadow of overwhelming ancestors.

Based on extensive personal interviews conducted over seven years with family members and friends, The Kapoors resembles the films that the great showman Raj Kapoor made: grand and sweeping, with moments of high drama and touching emotion.

Unprecedented in its scope and wealth of detail, it is a must-read for all lovers of cinema.