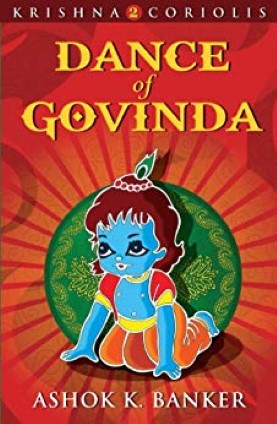 The tamer of Putana, the god-child, the redeemer of the world, the Slayer of Kamsa, dances with abandon amidst his own. As we move into the second instalment of Ashok K. Banker s Krishna tales, the prophesied Slayer of Kamsa has been born and smuggled out of Mathura in the dead of the night. Kamsa finds that his nephew has escaped and flies into a demoniac rage. Meanwhile, his evil ally Jarasandha of Magadha arrives in Mathura with his coterie of powerful supporters to ensure that Kamsa stays loyal to him. But Kamsa is not to be crushed. With the help of Putana, a powerful demoness living incognito among humans, he slowly regains his strength and acquires new powers. In Book 2 of the Krishna Coriolis series, Ashok K. Banker retells the legendary exploits of the Preserver in his most lovable avatar, bringing alive the majesty and splendour of ancient India and the high drama of its epics.

The author of several well-received novels including a trilogy billed as "India's first crime novels in English", he became widely known for his retellings of Indian mythological epics, starting with the internationally acclaimed and best-selling eight-volume Ramayana Series, which has been credited with the resurgence of mythology in Indian publishing.

The New York Times credited him with making mythology the most successful category in Indian publishing, describing his work as being "better written than many books in the genre that have followed – introduced the Ramayana to a new generation of readers." His books have sold over 2 million copies and have been published in 16 languages in 58 countries.

His Epic India Library is an attempt to retell all the myths, legends and Ithaca of the Indian sub-continent in one massive story cycle comprising over 70 volumes, "an epic library of India". He is frequently nominated and shortlisted as one of India's top thinkers and celebrities.

The upcoming two-film adaptation of his Mahabharata is expected to be the biggest Indian film production to date.