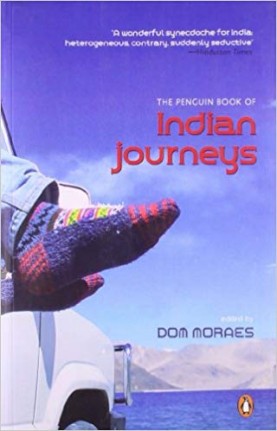 The Penguin Book of Indian Journeys

`The Penguin Book of Indian Journeys is not exactly a collection of essays on trips to places familiar and unknown. It is so much more, that it would be a crime to describe its contents as travel pieces . . . It examines the petty and the large-hearted, the honest and the hypocritical, the smug, the defeated and the insecure

In the final analysis, Indian Journeys is like a parcel gift-wrapped in multiple layers, each one presenting the reader with a wonderful surprise that raises his expectations of the next' Sunday Statesman

`A treat ... With more than 35 pieces, the book gives a wide-angle view of contemporary India' Indian Express

`[India] sets the literary imagination on fire. The brilliant and absorbing pieces in this collection are moulded in the heat of that dazzling flame . . . An essential read for all wanderers and intrepid travellers' First City

`Memorable pieces dominate: Jan Morris's exuberant essay on Darjeeling, Bruce Chatwin's ironic take on Mrs Gandhi, and Sarayu Ahuja's delightful portrait of a Madras Mami . . . You can scarcely wait till the bookshop opens so you can read the rest of their books' Hindu