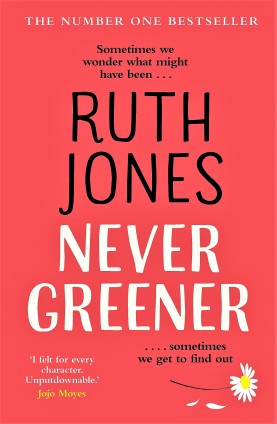 'Ruth Jones is excellent on human nature and why we make the mistakes we do. I felt for every character. Unputdownable.' Jojo Moyes

The past has a habit of tracking us down. And tripping us up.

When Kate was twenty-two, she had an intense and passionate affair with a married man, Callum, which ended in heartbreak. Kate thought she'd never get over it.

Seventeen years later, life has moved on - Kate, now a successful actress, is living in London, married to Matt and mother to little Tallulah. Meanwhile Callum and his wife Belinda are happy together, living in Edinburgh and watching their kids grow up. The past, it would seem, is well and truly behind them all.

But then Kate meets Callum again.

And they are faced with a choice: to walk away from each other . . . or to risk finding out what might have been.

Second chances are a rare gift in life. But that doesn't mean they should always be taken . . .

In her unmissable debut, actress and screenwriter Ruth Jones shows us the dangers of trying to recapture that which was once lost and failing to realise the beauty of what we already have.

'I love books about gnarly, messy relationships and this one kept me gripped from the beginning. A great read.' Jane Fallon

'Heart-rending, provocative and astutely written, Never Greener is a love story about getting what you want and losing everything you need. Ruth's characters will stay with me for a long time.' Cathy Bramley

'Easy to read and full of laughter - and truth.' Daily Mail

Readers have fallen in love with Never Greener:

***** 'Loved this book from start to finish.'
***** 'I fell in love with all the characters and could not put it down.'
***** 'Brilliantly written, laugh-out-loud hilarious yet tear-jerking.'

US THREE, THE NEW NOVEL FROM RUTH JONES, IS OUT NOW 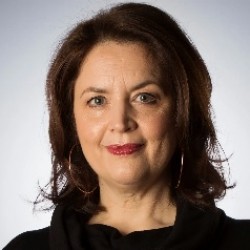 Ruth Jones is best known for her outstanding and award-winning television writing, most notably BBC 1's Gavin and Stacey, which she co-wrote with James Corden and in which she played the incorrigible Nessa Jenkins.

The most recent Christmas Day special of Gavin and Stacey gained national critical acclaim, drawing an audience of over 18 million, winning a BAFTA for TV moment of the year and a National Television Award for Impact, and gaining an RTS nomination for Ruth's performance.

Ruth also created and co-wrote Sky 1's Stella, which ran for six series. As well as being Bafta-nominated for her role as the eponymous Stella, Ruth has also starred in several other television comedies and dramas.